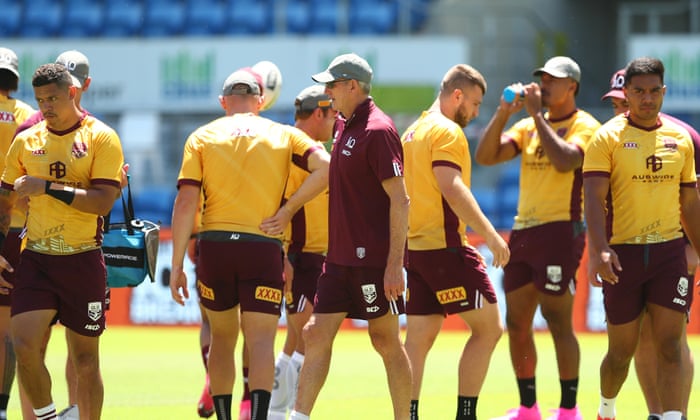 If Queenslanders were motivated by rugby league at the ballot box, they have chosen the right premier in Annastacia Palaszczuk. After extending her premiership with an increased majority at the polls on 31 October, Palaszczuk has managed to get under the skin of her New South Wales counterpart as well as giving the Maroons an almighty home advantage for the series decider.

Palaszczuk earned the ire of NSW Premier Gladys Berejiklian by ignoring Berejiklian’s congratulatory text on her election victory for a number of days, as well as dismissing any discussions about reopening the Queensland-NSW border. The Queensland Premier reportedly did not respond until after Origin game one, when she gloated about Queensland’s shock win.

This week Palaszczuk added to her legend by allowing a full house to attend game three at Suncorp Stadium. It is a peak move from a state leader who has seemingly taken great delight in annoying those south of the border.

“The increase in seated capacity [for open-air stadiums] will go from 75% to 100%. This means The Cauldron [Suncorp] can be filled to 100% capacity for State of Origin next Wednesday night,” Palaszczuk said on Friday.

This when the state remains closed to those from Sydney or surrounding areas, including the Channel Nine broadcast team. Nine commentators Ray Warren and Phil Gould appear set to call the game from a Sydney studio as the Queensland government has thus far not granted an exemption from quarantine rules for the commentary team and key production staff.

Allowing Suncorp to operate at full capacity will provide a massive advantage to Wayne Bennett’s side, who are set to become the first sporting team on the globe to play before a sold-out home ground since the Covid-19 pandemic took full hold.

Home-field advantage is always significant in State of Origin. Since 2000, the Maroons are 20-7 in Queensland – a win rate of 74.1%. The Blues have lost just nine of 29 at ANZ Stadium since moving to the venue in 1999. Home teams have won the past four deciders and the Maroons have lost just one of eight deciders at Suncorp this century.

In normal times, playing a home Origin is a major edge. In a year when matches have been starved of atmosphere by stadiums that have been, at best, operating at half-capacity, Suncorp is sure to be full of electricity. And, with borders essentially closed, a blue jersey will be hard to find.

This is very much a Queensland team that will be lifted by a capacity home crowd at The Cauldron. The Maroons have been the biggest underdogs in any series of either side for 25 years. They are a young team featuring two debutants this week along with 10 rookies who had not played prior to this series. They are led by the incomparable Wayne Bennett and Queensland great Mal Meninga. No two are more qualified to pass on the Maroons mythology. Every one of their players will enter the decider not only believing they can walk on water, but that losing for that full roar in the stands is not an option.

And confidence will not be in short supply despite a heavy second-game defeat. Losing Cameron Munster in the second minute threw the young Maroons team completely akimbo. Ben Hunt was clearly not prepared to take over from Munster while some young players were exposed.

The team set to contest the finale looks markedly better balanced. Munster has been passed fit to play. Hunt has been dropped for Harry Grant, the in-form Tigers hooker who enjoyed a stellar rookie season. Corey Allen has been named to make his debut on the wing but will almost certainly play full-back, with Valentine Holmes on the wing.

Brad Fittler has stuck solid with his team that won the second game of the series. He was, of course, unlikely to wield the axe after such a dominant display. That victory, though, continued to highlight some glaring weaknesses in a Blues side led by a makeshift centre pairing.

Any weakness will be put well under the spotlight on Wednesday night. That should cause more consternation for the heavily favoured Blues than it will for a Maroons team with their backs against the wall and written off by those south of the border – but with a full home crowd behind them.

Will Greenwood: Argentina’s Pablo Matera now must become champion for diversity and equality

2020 Formula One calendar revised after F1 GP cancelled in US, Mexico, Canada, Brazil