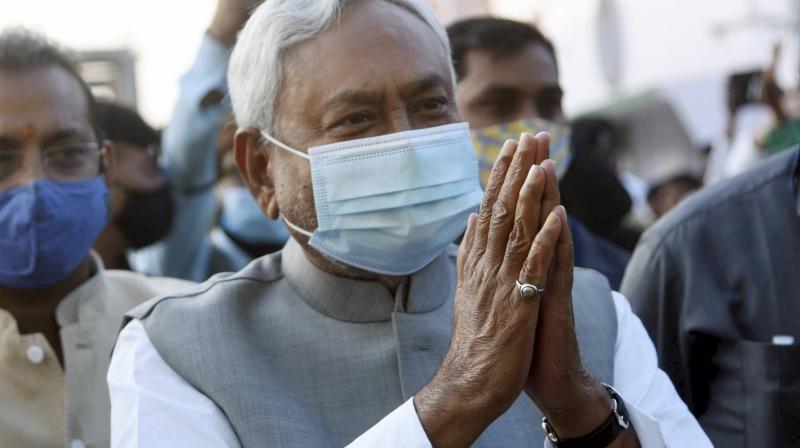 Patna: The NDA in Bihar on Sunday unanimously elected Nitish Kumar as its leader in the state legislature, paving the way for his return as Chief Minister for the fourth consecutive term.

According to sources in the ruling coalition, an announcement to the effect was made at 1, Anney Marg, the Chief Ministers official residence, by senior BJP leader and Defence Minister Rajnath Singh who had flown down for the occasion.

The sources also said that senior BJP leader Sushil Kumar Modi has been chosen the leader of the legislature party and is likely to return as Deputy CM while Tarkishore Prasad, the MLA from Katihar, has been elected as the partys leader in the state assembly.

Kumar is expected to meet Governor Phagu Chauhan staking claim for formation of the new government and is likely to take oath on Monday.