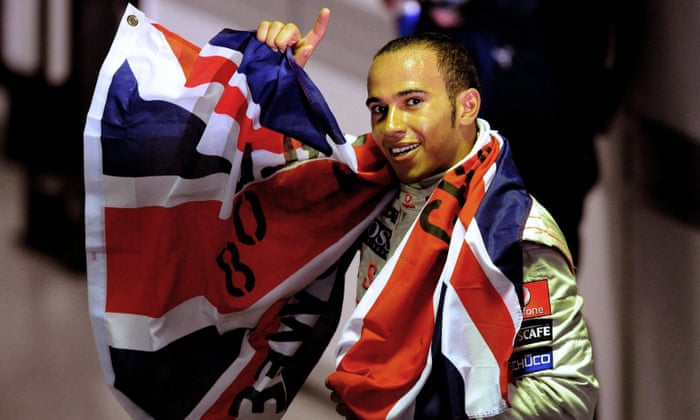 It is impossible to compare drivers across different eras of motor racing, they can only really be judged as of their time. But what I can say without hesitation about Lewis Hamilton now he has secured his seventh world championship is that he is, by a million miles, the greatest driver of his generation and you can argue he will go on to be the greatest Formula One driver of all time.

Until now the greatest for me was Juan Manuel Fangio because I was a child of that era and Fangio won five championships when drivers were being killed and he did it with four different manufacturers. That was an exceptional record, no one thought it could be beaten. Then Michael Schumacher came along and took seven and matching that did not seem realistic. Now there is Lewis not only equalling Michael but in every position to go one better as the most successful driver in F1. There could easily be an eighth and ninth championship and right now it is hard not to picture it because his talent and the engineering expertise Mercedes have demonstrated is mind-blowing.

No one imagined Lewis would come so far but the attributes that brought him to these heights have been clear since he was a child. I first became aware of him at the Autosport awards in 1995. It was when as a young guy in karting he walked up to the McLaren team principal Ron Dennis and said: “I want to drive for you one day.” Here was a kid who had the courage to walk up to Ron, who was a fearsome figure in some respects, and Lewis was only 10 at the time. It made him stand out. Everything that followed has seemed to bear out this ambition and determination. He has combined it with a natural talent that he has only sharpened over the years and a desire to win that has become such a potent and powerful package.

When he started in F1 Lewis unquestionably had ability in abundance. He had unbelievable speed and could push it to the very limits, all the things a young guy coming into a top team needed. It made him impossible to ignore in his first season. I am a huge fan of Fernando Alonso and he went to McLaren in 2007 as a double world champion but Lewis was immediately phenomenal.

Taking on Alonso showed his fearlessness. If I had a teammate of the quality and reputation of Alonso you would remain in his shadow until you had established yourself. Lewis just got in the car and drove, he didn’t care. He was determined to do his best and if in the process he was beating his teammate he didn’t give it a second thought. For Lewis, Alonso was there as a target – the benchmark – and Lewis was out to beat him. 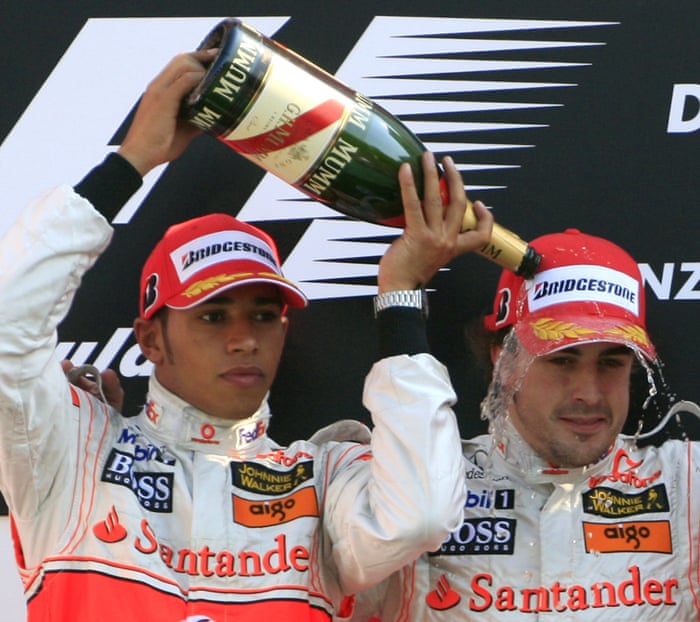 What is also very impressive is that he was growing up in public, a daunting task for anyone. After his first title in 2008 it was an era when you had to be in the right team at the right time and by 2012 he was beginning to rebel, to feel the constrictions placed on him by McLaren. Lewis recognised that for him to fulfil further ambitions he needed more space, more freedom and that was offered by Mercedes, who he joined in 2013.

It was a brave move, but Lewis was evolving into his own person. To leave McLaren was a risk but ultimately a racing driver has to seek out what is best for them. With six titles now for Mercedes his judgment has been proved to be spot on.

What he has done since is extraordinary. He has been in the dominant car but even then you have to able to go out and deliver repeatedly, to win, win, win. When you start to win at the level he has you do not think about anything else, you rock up to a grand prix and you think you are going to win. You believe you are the best. Lewis has proved he is.

He has also become a very important role model. Motor racing was regarded as a white person’s sport but Lewis had broken though that and shown that a young man from Stevenage with no history in motor sport can make it. Yet what Lewis represents is not just of import to the black community, he is an illustration to any child that it doesn’t matter what your background or your ethnicity is. If you have a dream and the self-belief then you can get out there and follow it.

Perhaps what has given me most pleasure is how he has made it look easy. It is hard to express quite how good Lewis is because of the control he exhibits. In the car he never looks extended. Some drivers you can see as soon as they are out of the car they are mentally and physically wrecked but Lewis always appears completely composed.

This is why he stands at the very top of the sport. A driver might come along and be quicker over a single lap but that’s not what makes you a seven-times world champion. It is about doing it metronomically and doing it year in, year out. That is very, very hard, yet he has done it and Lewis makes it look sublime.