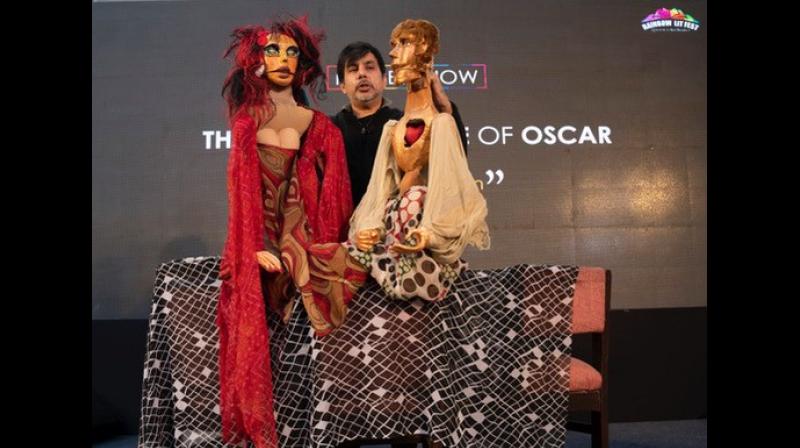 A humdinger of an arts festival which will not only celebrate LGBTQIA+ culture but also host debates on how to address the transgender question among adherents of various philosophies and ideologies, the Rainbow Lit Fest — Queer & Inclusive, India's only festival of this genre aside from Chennai’s Queer and Allies Art Festival, will open its doors to community members as well as those with intersecting concerns such as women’s rights on December 3.

Dr Bibek Debroy, the chair of the PM’s Economic Council, and Dr Shashi Tharoor are keynote speakers of this one-year-old, two-day fest. Due to the coronavirus pandemic, it is being hosted online this year, which has been a blessing in disguise in terms of leading to global collaboration.

Maya Sharma (Loving Women: Being Lesbian in Unprivileged India) and Onir (My Brother Nikhil) will share their experiences and insights as members of the community. Also attending will be Saurabh Kirpal who has edited Sex and the Supreme Court, a collection of essays by legal luminaries on how the Indian judiciary has decided society’s questions arising from various historical politics of sex and sexuality. These include the Sabarimala controversy and the 2018 reading down of IPC’s Section 377.

The task of articulating shared perspectives from common ground will be ably handled by artistes and intellectuals such as Alankrita Shrivastava, Dr Saif Mahmood, Tanuja Chandra, Seema Anand and Madhavi Menon.

In South Africa during apartheid, the gay community was forced to invent a secret tongue, English and Afrikaans based, in order to hoodwink authorities and the moral police. Still surviving but now having fewer speakers, Gayle, once used to navigate spaces and hide one’s sexual orientation, is the subject of a documentary, The Men Who Speak Gayle, by drag artiste Nathan Kennedy. It is one of the films to be shown at the festival.

The director of the festival is the inimitable Sharif D. Rangnekar, former journalist and musician, writer of Straight to Normal: My Life as a Gay Man. The Rainbow Lit Fest is his brainchild and through it he envisages a platform for voices silenced and views inhabited but not broadcast. Never even shared. Rangnekar is not afraid of being contradicted. Not stonewalling but engagement is what he is looking for, and what can make magic happen, he says.

In his own words, “energy, faith, freedom and comfort were what people took away from the last fest”. What gifts will this year’s fest bring to pure souls and open minds?

Reality bites for these folks

When the wild world beckons