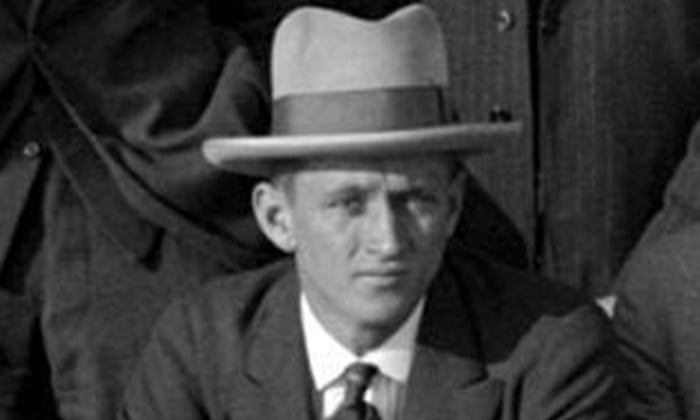 “My father never once talked about his cricket career,” Christopher Nupen, the Bafta award-winning documentary maker, tells me. Which is a particular tragedy because his father had one of the most extraordinary of them all. Nupen Junior – if that is an appropriate way to refer to someone who recently celebrated his 86th birthday – became perhaps the foremost producer of documentaries about classical music, best known for those capturing his friend Jacqueline Du Pré. His father, Eiulf Peter Nupen – popularly known as Buster – was born in Norway, lost an eye in a childhood hammer-bashing accident and was shot through both knees aged 20. Any one of those three things would normally destroy any chances of a cricketing career, but Buster went on to represent South Africa, on and off, for 15 years.

Christopher once accompanied his father to Lord’s, where they bumped into a couple of well-known former internationals. “Jack Hobbs said to me: ‘Your father was the most dangerous off-spin bowler the world has ever seen,’” he recalls. “And Wally Hammond, sitting six feet away, said: ‘I’ll second that.’” Herbert Sutcliffe once said Nupen “made me look like a novice”; Eric Rowan, who played 26 Tests for South Africa, said that when facing Nupen “the ball would whip across your legs like a scalded cat”. Louis Duffus, who became South Africa’s foremost cricket writer, said Nupen was so destructive that when they both turned out for Old Edwardians he used to bring along his golf clubs, in the hope there would be time for a quick round in the afternoon.

On his day and on the right surface, Nupen was all but unplayable. And that surface, to be clear, was matting, on which most top-level cricket was played in South Africa as he was growing up. He was never quite as good on grass, which led for example to an awkward hokey-cokey during England’s tour in 1930-31, when two of the Tests were played on turf, three on matting and he was shuffled in and out of the side with dizzying regularity.

It was the first match of that series that made his name. Only called up because Nummy Deane could not be persuaded to play, he captained the side for the only time, took 11 wickets and guided them to a 28-run win. The victory was, the Guardian reported, “a great personal triumph” for Buster – though given his background, simply being able to stand up was a pretty decent achievement.

Buster’s father had worked on the vertiginous Bergen Line train connecting the Norwegian city with Myrdal, an astonishing challenge hailed by King Haakon VII on its opening as one of the engineering triumphs of its generation. It earned him an invitation to help with the construction of the Transvaal railways. Buster was born in Norway on the first day of 1902 but raised in South Africa, where at the age of seven he playfully hit two hammers into each other, sending a metal splinter flying into his left eye. He wore a glass eye for the remainder of his life.

He was sent to King Edward VII school in Johannesburg, where the former Leicestershire spinner Fred Geeson coached the cricket side, and under Geeson’s guidance he quickly blossomed, opening both the batting and bowling, captaining and generally single-handedly laying waste to all rivals. He made his Test debut aged 19 in 1921, and his reputation spread fast. “He is a very remarkable youngster,” Athletic News wrote after his 20th birthday. “He is a Norwegian, and it is said he could speak very little English three or four years ago when he first went to school. He is really a cricket prodigy, and what makes his success all the more astounding is the fact that he is blind in his left eye.”

Then he was caught up in the Rand Rebellion, and the next time he was mentioned in the British press it was reporting his death. “He was shot twice,” says Christopher. “One bullet went in the left knee and came out the other side, and one went into the right knee and came out the other side. The doctor there said: ‘We’ll have to amputate those legs’ and my father said: ‘Don’t you do that, because if you do that I’m going to catch up with you.’” That was March; he was back in the Test team by December.

News of his continued existence only reached Britain in November, when a Yorkshireman living in South Africa wrote to the Athletic News to insist reports of his demise were “much exaggerated”. “He is very much alive, and I see him quite often,” he added. Cypher, nom de plume of the paper’s correspondent there, added that “the report is an instance of the ignorance concerning South African cricket affairs that prevails in England. We are hoping and striving to remedy it.” England were thrashed in the first Test of the 1922-23 series but went on to win 2-1. 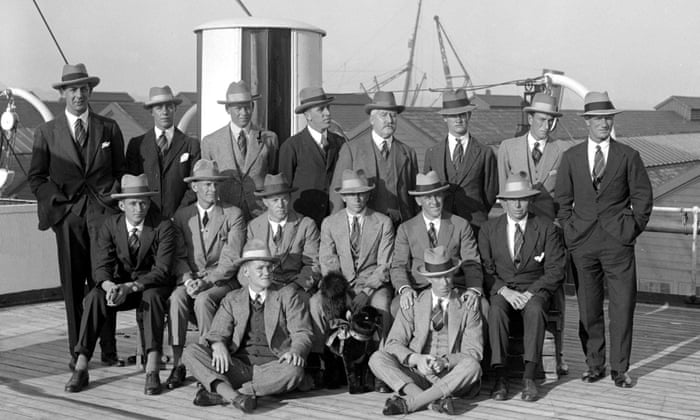 Nupen was in the squad that travelled to England in 1924, but sustained a serious back injury soon after arriving and played in only two Tests, averaging four with the bat and taking one wicket for 157. He was in the side bowled out for 30 at Edgbaston, still their lowest Test score in England, in the series opener – “It was a fiery wicket. We hadn’t seen anything like it before in our cricketing lives,” he said. It didn’t seem to trouble England, who had scored 438 in their first knock. According to legend, George Allsop, South Africa’s team manager, arrived late on the second day with his team 100 for two. “Great work chaps, that’s the way to start,” he said, bursting into the dressing room. “You’re right,” said Bob Catterall. “But this is our second innings.”

The back never quite healed. After X-rays in 1933 Buster was told the problem was so severe he had to give up bowling. “The injury was received while I was practising in the nets in England,” he said. “It was a bitterly cold morning and I felt a wrench in my back. An examination has revealed a broken vertebra. I have been told by my medical adviser that an operation will eradicate my injury. I hope I shall be able to bowl again, but I realise that is a very slender chance indeed.”

A man who didn’t let a bullet in each knee stop him was never going to submit to a mere broken back and, after a second opinion from a London specialist proved more encouraging, he was back that October and most extraordinarily back in the Test team, for the 17th and final time, in Cape Town another three years down the line, aged 34, in February 1936. He took one wicket, and Australia won by an innings and 184 runs. Nupen played into the early-1940s before concentrating on a career in law, occasional coaching, cricket administration and somehow avoiding constant boasts to his family about being the finest one-eyed Scandinavian cricketer that ever lived (twice).