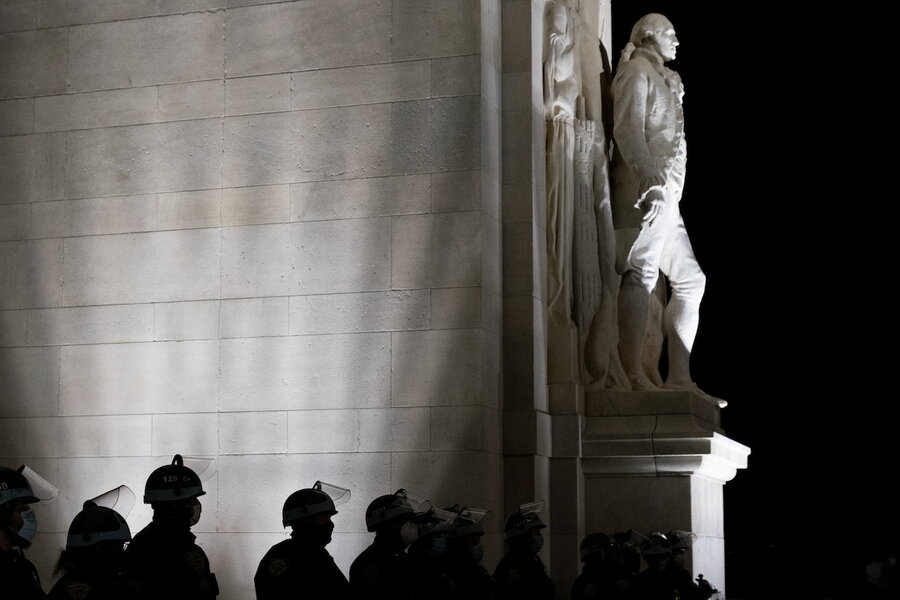 Driven by the deaths of civilians in encounters with police, protesters in cities across the United States have urged mayors and council members to enact policing reforms.

But those demands omit important players: State lawmakers, not city leaders, hold the most powerful key to changing the way police are policed.

That’s because decades-old labor laws, approved by state legislatures, require cities to bargain with officers through their unions over any changes to working conditions. Police unions have used those laws to win contract provisions that make it difficult to hold individual officers accountable for misconduct.

In much of the country, city leaders face an uphill battle against union contracts, police-friendly state laws, and pro-police legal rulings.

A Reuters analysis of labor contracts signed or extended over the past five years by 100 of the nation’s largest cities found that at least 25 neutralize outside oversight boards by limiting who can serve on them, their access to department records, or their ability to question officers.

Legislative protections for police abound. A 2012 Minnesota law allows police chiefs to disregard the recommendations of civilian oversight boards. A 1974 Florida law allows accused officers to choose a member of the board reviewing their alleged misconduct.

In the states of Michigan, Maine, and Washington, labor boards have sided with police unions in prohibiting cities from establishing civilian review boards without bargaining.

Last October, President Donald Trump established a policing commission to deliver recommendations for “law and order” reform ahead of this year’s presidential election. Among its proposals, first reported by Reuters: Allowing officers accused of wrongdoing to view body camera footage before speaking to internal investigators, and urging the Justice Department to affirm support for “qualified immunity,” a Supreme Court precedent that shields from civil liability officers who are accused of using excessive force.

A recent Reuters investigation found that qualified immunity has made it harder in recent years for people to win lawsuits that accuse cops of excessive force. A federal judge earlier this month halted the commission’s work on the grounds that it had violated public meetings laws and allowed law enforcement groups to have undue influence.

Still, there is no national standard, and the battlegrounds are local. Here’s how the conflict is playing out today in three places:

In 2016, New Jersey’s largest city agreed to establish a civilian oversight entity in response to a scathing Department of Justice investigation into the Newark Police Department that found widespread civil rights violations by officers and a lack of internal accountability.

The city passed an ordinance establishing one of the strongest review boards in the nation, with the power to conduct its own investigations, and compel documents and testimony.

The city plans to appeal the decision. Meanwhile, Newark Mayor Ras Baraka is urging state lawmakers to enact legislation that would give civilian review boards across the state the right to compel officer testimony and force police departments to hand over records during investigations.

This summer, elected officials in Washington moved to loosen the police union’s grip on how cops are disciplined and fired. The city council has one advantage that its counterparts across the nation lack: The council not only governs the city; it also has powers typical of a state legislative body.

So, the council amended the district’s civil service law to remove the police union’s right to negotiate over officer discipline. Enacted more than four decades ago to protect public employees from management overreach, the law was similar to state labor laws that impede city efforts nationwide to reform police discipline.

Council Chairman Phil Mendelson said he proposed the amendment because police officers are unique. More than other civil servants, he said, cops depend upon the public’s trust to be effective. Their authority to make arrests and use deadly force also sets them apart.

“Their power is extraordinary, and therefore the accountability mechanisms have to be extraordinary, above and beyond what we hold other public employees to,” Mr. Mendelson said.

The Washington Police Union has filed a federal lawsuit to block the amendment, arguing that it would be unfair, illegal, and unconstitutional for the district to treat police officers differently than other civil servants who have the right to bargain over discipline.

The council’s motivation for the act is “a deliberate and reactionary concession to anti-police rhetoric and protests being carried out by a small number of citizens,” the union says in the suit.

In Albany, the New York state capital, police unions are lobbying for a pending bill that would reinforce the requirement that cities need union approval to change disciplinary policies. The bill is sponsored by Democratic lawmakers whose campaigns were supported by those unions.

Mr. Gounardes declined to comment. Mr. Abbate said the money played no role in his support. He said the legislation was proposed to him in 2006 by a coalition of police unions, and he still supports the bill.

Negotiating with police unions, he said, will ultimately lead to greater buy-in from the rank-and-file, and better, more successful reforms.