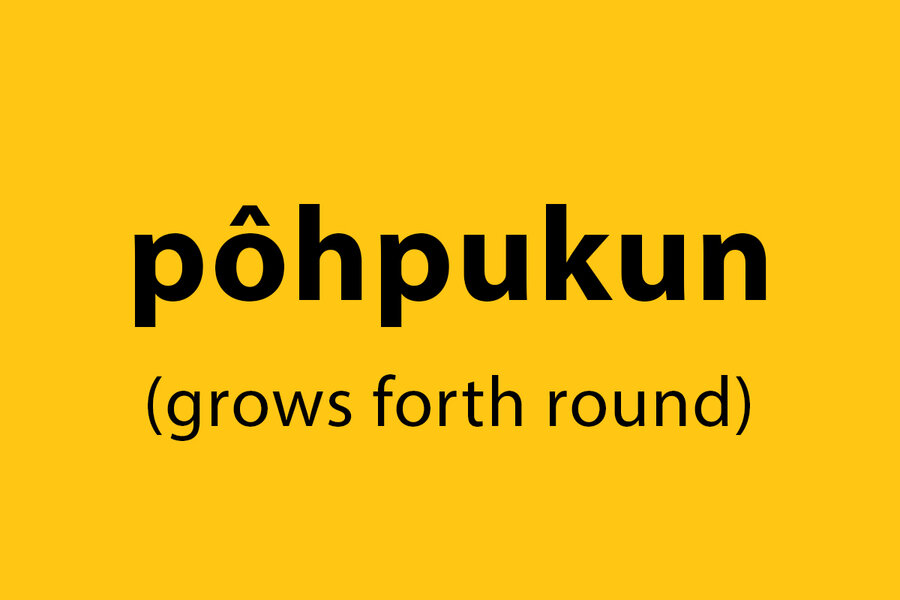 On Cape Cod in Massachusetts, Mashpee Middle-High School students have the option to study Spanish, French, Mandarin, and also Wôpanâak, a language once spoken by thousands of people across what is now Massachusetts and Rhode Island.

Wôpanâak, anglicized as Wampanoag, is the language of the people who welcomed the Pilgrims and taught them how to farm in the harsh New England climate. This turned out to be disastrous for the “People of the Dawn” – “our biggest mistake … the beginning of the end,” Wampanoag elder Wamsutta wrote in 1970. War and disease, schools that forbade children from speaking their language, and the pressures of religious and cultural assimilation ensured that by the beginning of the 20th century, there were no more living fluent speakers. Wampanoag had “gone to sleep,” as some tribe members say.

In the 1990s, linguist and Mashpee tribe member jessie “little doe” baird began to wake it up again, founding the Wôpanâak Language Reclamation Project (WLRP). Today, in addition to the older students, children can attend an immersion school, and adults can take classes. There are now more than 100 speakers of varying fluency.

How were tribe members able to reclaim a language that no one had spoken for 150 years? They began with written records. The Puritans who settled Massachusetts in the 17th century were keen to spread their religion, so some missionaries learned Wampanoag. The first Bible printed in America was in fact a translation into it: “Mamusse Wunneetupanatamwe Up-Biblum God” (1663). The 17th-century Wampanoag were themselves highly literate, and wrote many deeds, letters, and wills.

While written records provided a sense of Wampanoag vocabulary and grammar, the WLRP also compared it with its sister languages in the Algonquian family.

And finally, the WLRP created new words. Tracy Kelley, a linguist and Mashpee tribe member, explained how this process works. Wampanoag is a polysynthetic language, which means that utterances are made up of many morphemes (units of meaning) stuck together. Many nouns end up being good descriptions of what they represent: pôhpukun (“pumpkin”) means “grows forth round.” What is the essence of, say, a car, and which morphemes would best convey it? A car’s chief characteristic is that it rolls on wheels, so the word became yâweeqât, “rolls by four.” Bicycle, then, was easy: neesweeqât, “rolls by two.”

Wampanoag people are once again able to pray, to learn their history, and to talk about “the elder one that rolls by two” (kuhteesweeqât, a motorcycle) in their own language.