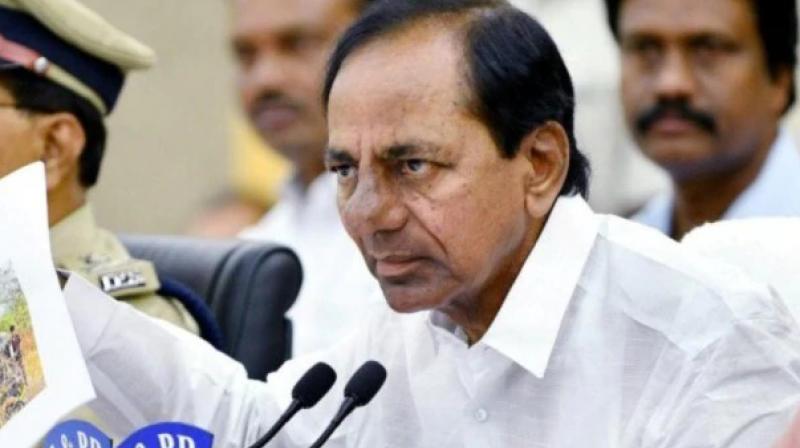 HYDERABAD: TRS boss and Chief Minister K. Chandrashekar Rao had set the ground for retaining power in the Greater Hyderabad Municipal Corporation (GHMC) much in advance. He will reveal his mind at a meeting of the party’s parliamentary and legislative wings on Wednesday.

Rao is said to have instructed party leaders to vigorously propagate information regarding the development and welfare activities that the state government has taken up, apart from the financial assistance it has provided to victims of floods in the city which no previous government has so far done anywhere in the country.

Party sources said the Chief Minister will ask his entire Cabinet, all MPs, MLAs, and MLCs to campaign in all the 150 divisions of the GHMC. A minister, an MLA and an MLC will be responsible for a division to coordinate, implement the party’s poll strategy and ensure the win of the TRS nominee.

Rao will personally monitor poll management on a day-to-day basis from Pragathi Bhavan, giving instructions to party leaders. Senior leaders close to the CM said that Rao is very confident that citizens within the Greater Hyderabad area will bless the ruling party with a second consecutive victory in the civic body polls, as they were impressed with the projects that have been taken up, and the facelift the TRS administration has given to the capital city since it has come in power in 2014.

Sources said that the citizens of Hyderabad, in view of the visible improvement in civic infrastructure in the city, apart from growth the twin cities have witnessed in the IT and industrial sector in the past six years, will not fall in the trap of the Congress and the BJP, which are indulging in mudslinging politics against the ruling party.
It is understood that party working president K. T. Rama Rao will be spearheading the election campaign for the TRS by holding road shows and group meetings in accordance with the Covid-19 protocol. It is expected that the Chief Minister will campaign online in view of the restrictions on campaigning imposed by Covid-19 prevention guidelines.

Incidentally, the state government has relaxed restrictions on gatherings in enclosed places like auditoriums, banquet halls and function halls from 100 to 200 people. This will enable the ruling party to interact with more people and spread its development and welfare agenda towards seeking votes.

TRS had won 99 seats in the 2016 polls. The score turned into a century when the lone Telugu Desam corporator who got elected joined the TRS.

Sasikala will not be re-inducted in AIADMK: D Jayakumar