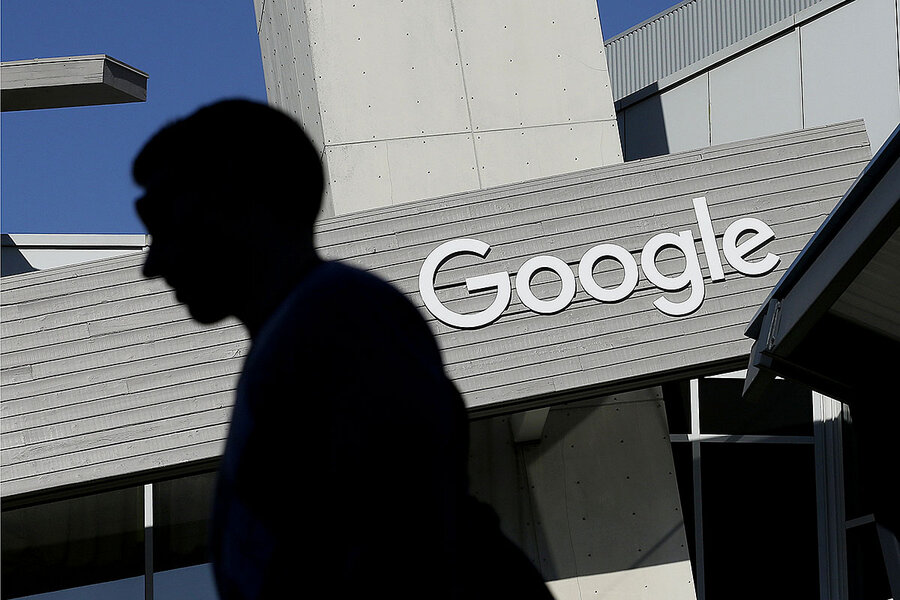 “The end result,” U.S. Attorney General William Barr said, “is that no one can feasibly challenge Google’s dominance.”

Google called the lawsuit “deeply flawed.” “People use Google because they choose to, not because they’re forced to, or because they can’t find alternatives,” said the company in a statement.

Q: What about digital-era free speech?

When two congressional committees recently called for tech CEOs to testify, the reason was concern about America’s information diet, not just preserving competitive markets. On Oct. 28, the Senate Commerce Committee focused on potential changes to Section 230 of the Communications Decency Act of 1996, which protects internet companies from liability for what people say on their platforms, but also allows them to moderate their content as they see fit.

The hearing touched a nerve with Republican senators, who blasted the CEOs of Google, Twitter, and Facebook for alleged anti-conservative bias.

The Senate Judiciary Committee, meanwhile, is focused on complaints that digital platforms intentionally limited the spread of a controversial New York Post article about Hunter Biden, which ran as his father, former Vice President and now President-elect Joe Biden, was in the final days of the presidential race.

This Tuesday, Republicans on the committee grilled Mr. Zuckerberg and Twitter CEO Jack Dorsey over their content moderation policies, with some, such as Senator Marsha Blackburn of calling for reform of Section 230.

Mr. Biden, in a July interview, said that the rule should not apply to Facebook and similar platforms. “[Facebook] is not merely an internet company,” he said. “It is propagating falsehoods they know to be false.”

The American Civil Liberties Union demurs: “Section 230 defines Internet culture as we know it,” the group says on its website. It’s why websites “can offer platforms for critical and controversial speech without constantly worrying about getting sued.”

Q: What does this mean for the future?

While the tech industry delivers many benefits to society, governments around the world have been showing a rising interest in regulation. The worries include that digital platforms may be encouraging tech overuse and eroding privacy among consumers, curbing competition among businesses, and failing to adequately manage their societal role as gatekeepers of information.

With a politically divided Senate, prospects for U.S. legislative action remain uncertain. But tighter antitrust oversight appears to be already taking shape, and many Democrats in Congress support legislation to break up tech monopolies. “It would be a historical anomaly if tech were not to be robustly regulated, as other systemically important industries such as banking and food were before it,” writes The Economist.

Writing in Jacobin, a leftist magazine that recently had a video removed from Facebook without explanation, Nicole Aschoff agreed that public opinion is shifting in favor of regulation. “Preserving the internet as a place of free expression while simultaneously protecting the electoral process, shielding users from harassment and abuse, and reining in the power of hate groups is an incredibly difficult task,” she wrote in July. “Indeed, one could argue that it is a defining challenge of the present moment.”