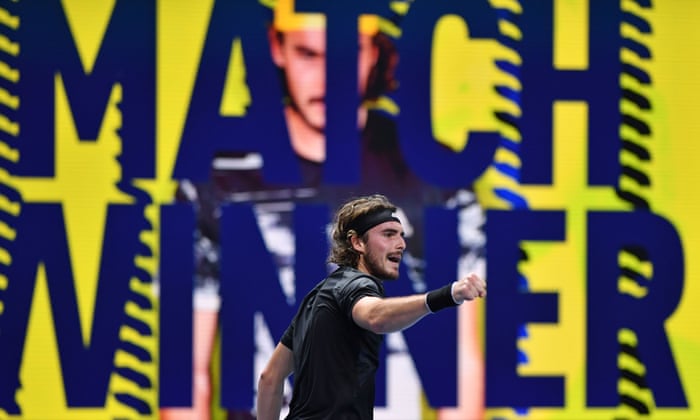 Just over a decade ago, Stefanos Tsitsipas was a simple child in Greece bursting with hopes and dreams as he tried to build his tennis career. But as he embraced the seriousness of his pursuit, the obstacles became apparent. Greece does not have a tennis culture and he was offered no financial support. It was clear he had to leave in order to succeed yet the economy was crumbling under the sovereign debt crisis that would define a generation.

“Thinking of it now, I’m very proud that I managed it in the right way and I didn’t freak out,” says Tsitsipas, 22, from the O2 Arena, where he is competing in the ATP Finals. “I could have easily freaked out and felt more the pressure of it at the time.”

Tsitsipas’s family could not afford to fund it alone, so his father and coach, Apostolos, quit his job to travel alongside him, and they were kept afloat with financial help from his maternal aunt and other external sources. Tsitsipas’s continued growth on the court contrasted with the sight of his father’s credit cards being declined after hotel stays and unemployment at home: “My cousins were unemployed, my father’s siblings were also unemployed. There was no income from family.”

Pressure is inevitable for any athlete, but the weight of being primed as the family’s future breadwinner and knowing you are an investment, a risk, is something more. That pressure was compounded by the xenophobic fallout of Greece’s economic dealings in Europe as he received “a lot of racist comments and hate” on his travels: “I felt like I was being judged although it was not really my fault, I had nothing to do with any of that. That was difficult for me as a kid. I always felt like a minority wherever I went and I wanted to prove them wrong, what they thought. And I think that also, in a way, made me stronger. Looking back, it just made me want to be better.”

Over the past few years, Tsitsipas has lived up to those ambitions with the rate of his improvement. He played his first full season as a top-100 player in 2018 and his presence was immediately notable for his compact single-handed backhand and his commitment to storming the net in a baseline era. A year later he toppled Roger Federer en route to the Australian Open semi-finals.

By now, Tsitsipas’s hobbies are almost as documented as his victories. He is a YouTuber, a podcaster and, most recently, his photography was featured in Racquet Magazine. His decision to bundle his creativity and passion into his own individual projects reflects a different aspect of his personality: his introversion. 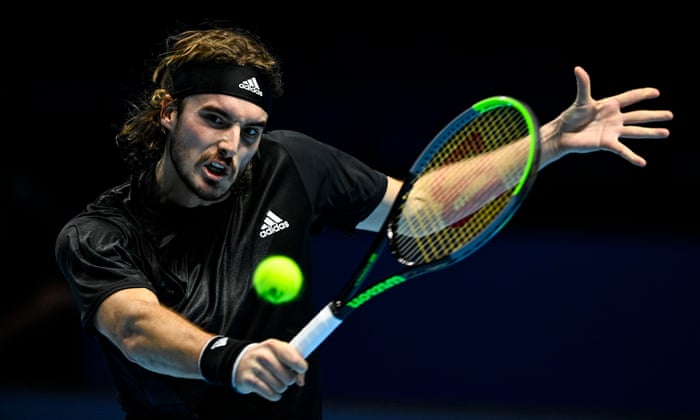 Although he is a thoughtful interviewee who thinks deeply before every utterance, he is timid at heart and he frequently speaks about how difficult it has been to make friends on the Tour and beyond. “Whenever I’m about to make a new friend or let that person come close and be more part of my life, I have to make sure things are under control and that I approve of that,” he says.

“Because I don’t want to be letting in random people that want to hurt me and want to be a bad influence in my life. Being introverted, with the opposite gender it took a long time for me to feel comfortable and express my emotions and everything. I did it, I would say, later in my life and [it is] unusual, kind of, for boys.”

At the beginning of the year, much of the discussion around Tsitsipas was about his apparent lack of maturity. In Australia, he accidentally caught his father with his racket during an on-court tantrum and then a few months later in Dubai, like many youngsters before him, he was openly considering the influence of his parents on his life, saying: “Sometimes I feel like my mum and dad are way too involved in my life.” A day later, his mother infiltrated the press room and awkwardly grilled him on his comments.

Being forced to step away from the grind of tennis seems to have allowed Tsitsipas to mature and better understand his place in life, which he says is as an adult: “I don’t want to be a kid any more. I want to be treated as a man. I’ve learned a lot being on the Tour, I’ve learned outside of the court a lot of things and faced a lot of difficulties and grew from my mistakes and the relationships I’ve had with a lot of people and that’s what I call being an adult now. It’s time for it to be taken as something part of me.”

Among his peers, he has begun to make connections. While Nick Kyrgios previously mocked Tsitsipas’s eccentricities on social media, they are now locker room allies. A few weeks ago, he met the only active athlete more popular than him at home, the basketball player Giannis Antetokounmpo, and they spent a series of “unforgettable” days discussing their careers, getting to know each other and trolling Kyrgios. On the court, he recovered from failing to convert six match points against Borna Coric at the US Open by pushing Novak Djokovic to a fifth set in his first Roland Garros semi-final.

A year on since winning last year’s ATP Finals, he has returned to London struggling with injuries. After losing to Dominic Thiem on Sunday, Tsitsipas saved a match point against Andrey Rublev on Tuesday to set up a showdown match with Rafael Nadal. He said his experience is what has carried him through, which he then described in uncharacteristically simple terms: “You have tried and failed in the past, you learn from that and you move forward.”

Happy to be part of the LPL’s Opening Ceremony: Wickramasinghe