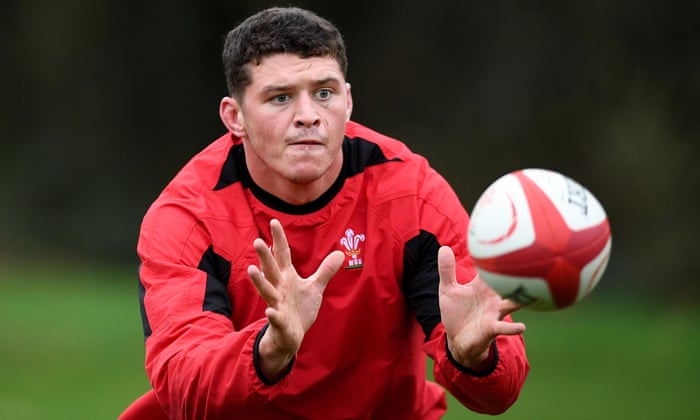 Wayne Pivac has described James Botham as “a player with a very big future” after the Wales coach selected the 22-year-old to make his debut. Botham, a grandson of the former England cricketer Sir Ian Botham, will play in Saturday’s Autumn Nations Cup match against Georgia.

The Cardiff Blues flanker was called up to Wales’ Nations Cup squad on Monday and has played only 13 professional games. The Cardiff-born Botham, whose father, Liam, played rugby union and rugby league, is among three newcomers selected to face Georgia in Llanelli alongside the Scarlets backs Johnny Williams and Kieran Hardy.

Wales coaching staff had already identified Botham as a player of possible 2023 World Cup potential but his chance has come far sooner than expected. “We had a good look at James earlier in the campaign,” Pivac said. “He has impressed, he has done very well. In [flankers] Ross Moriarty and Josh Navidi, we’ve had a couple of guys who have not been able to partake so far, so James has been in and around the group.

“He is a player with a very big future, we believe. In training, he is a very balanced player. He’s got very good hands and movement with the ball, so he is a good attacking threat as well as a very good defensive player. He is good over the ball, he’s strong and his technique is sound. He’s a confident young man without being over-confident.

“I’ve been very impressed with the conversations we have been having, both about rugby and off-field situations – just learning more about the young man. There is a lot to like about him. We will be excited to see him go because, as I say, he came into the squad earlier and had a couple of weeks with us. He impressed all of the coaches.”

Botham is the latest international rugby player off the production line at Sedbergh school in Cumbria, with his fellow former pupils including the former England captain Will Carling, World Cup-winning England centre Will Greenwood and the current Wales prop Tomas Francis.

The former London Irish and Newcastle centre Williams was diagnosed with testicular cancer last year and underwent chemotherapy before returning to rugby 10 months ago. He represented England and scored a try in a non-cap game against the Barbarians in 2019 but qualifies for Wales through his father, who is from Rhyl.

Williams’s fellow centre Jonathan Davies could be a doubt for next week’s England game after suffering a knee injury, with Pivac also assessing the fitness of the No 8 Taulupe Faletau, Moriarty and Navidi, who has been working his way back from concussion and is now training.

The Bristol fly-half Callum Sheedy and the 19-year-old Gloucester wing Louis Rees-Zammit will make their first Test starts on Saturday after debuts as substitutes in the recent games against Ireland and France, respectively.

Pivac has stuck with a preplanned selection approach to the Georgia fixture, despite a run of six consecutive defeats. He has made 13 changes from the side beaten 32-9 by Ireland in last week’s Nations Cup opener, with only the full-back Liam Williams and the flanker Justin Tipuric, who captains the team, remaining.

Pivac, who has overseen only two wins from eight games since succeeding Warren Gatland a year ago, said: “The pressure comes internally. Certainly, we understand results are what people want to see, and we want to see those ourselves. The guys will be out there very determined to not only win the game, but put in a very good performance.

“At the moment, we’ve been our own worst enemies. We are giving teams far too much possession and territory. It’s focusing on eliminating mistakes, working hard in training and making good decisions.”