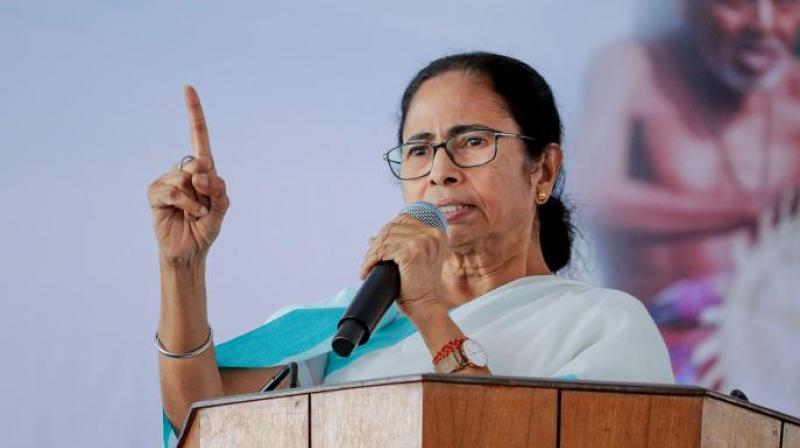 New Delhi: A day after Prime Minister Narendra Modi slammed the killing of BJP workers and supporters in TMC-ruled West Bengal and advised the state’s ruling party that the “dance of death” will not help in winning a mandate, the BJP on Thursday accused the TMC supremo and chief minister Mamata Banerjee of playing “khoon ki rajniti.”

On a day when the BJP’s state unit chief and MP Dilip Ghosh’s convoy was attacked in Alipurduar allegedly by TMC workers and one of its workers, Gokul Jana, was “murdered” in East Medinipur, the party claimed that these incidents are proof that Bihar poll verdict has unsettled Ms Banerjee.

West Bengal has crucial Assembly polls lined up early next year and they are high on the BJP’s radar. Former BJP president and Union home minister Amit Shah recently visited the state to take stock of the party’s poll preparedness. West Bengal is one of the few states where the BJP has never been in power and has been aggressively expanding its organisational and support base.

The BJP’s performance in Lok Sabha polls, when it won 18 out of 42 parliamentary seats, had charged the party cadre and also helped it in expanding its support base significantly. The party has been accusing the ruling TMC of “political killing” of its supporters and workers and has claimed that 115 of its workers have been “killed” by the TMC in the last couple of years.