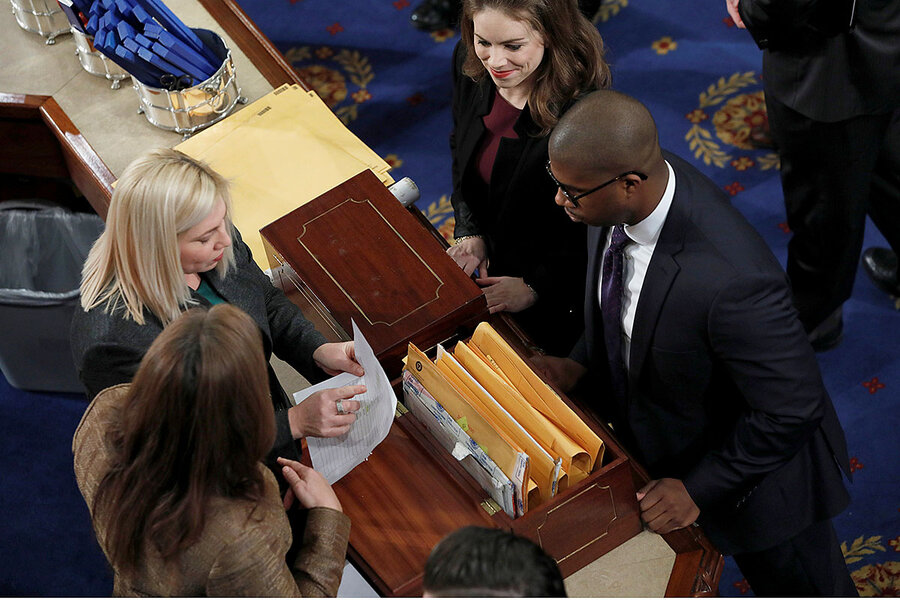 It’s a concept that’s beginning to draw support. The NPVIC legislation has already been passed in 15 states and the District of Columbia, representing 196 Electoral College votes, according to National Popular Vote, the organization that wrote the model legislation for the NPVIC and advocates for its passage in statehouses. In the November elections, Colorado voters rejected a ballot measure to overturn their state’s NPVIC bill.

The NPVIC “is a really elegant way of working within the current system of the Electoral College to still achieve a national popular vote,” says Emily Sirota, the co-prime sponsor of the legislation in the Colorado House of Representatives.

Q: What is the NPVIC meant to fix?

Critics of the Electoral College say it’s an antiquated system and forces campaigns to compete in only a select number of swing states. Data collected by National Popular Vote shows 96% of major-party presidential campaign events from Aug. 28 to Nov. 3, 2020, were in only 12 states.

Additionally, they say, the Electoral College makes it possible for a president to be elected despite more people voting for his or her opponent – this has happened five times, most recently in 2000 and 2016.

But Don Wilson, mayor of Monument, Colorado, and co-sponsor of the state’s referendum against NPVIC, says a national popular vote would leave Coloradans behind as campaigns focus on big population centers to get the most votes out of their limited campaign cash.

Larger cities and states don’t always understand the perspectives of smaller locales, says Mr. Wilson. “So it’s important that each state maintains that sovereignty and that state voice on who is going to be in charge of our nation.”

In recent years, however, as Colorado has voted more consistently Democratic, and therefore become less attractive to national campaigns, the NPVIC would help ensure Colorado votes and interests remained relevant, says Ms. Sirota, who is a Democrat.

“Republicans in Colorado haven’t had a vote count for president for quite some time at this point,” due to Democratic wins in the state, she says. A system based on the national popular vote would ensure that votes by all Coloradans matter.

Q: Is the NPVIC likely to come into effect?

That may depend on how often the presidency changes hands. John Koza, chairman of National Popular Vote, says that typically whichever political party doesn’t hold the White House is more responsive to reforming the Electoral College.

For instance, when the organization started pushing the legislation in 2006, Republican state legislators were hard to get on board, but then started warming to the idea during the Obama presidency.

That oscillation means that while target states change depending on who is president and which party controls which statehouses, there are always a couple of states whose legislators will be interested in the idea, says Mr. Koza.

Still, getting Republicans on board going forward could get harder, as the country’s current urban-rural divide has given Republicans an Electoral College advantage. Democrats increasingly need to win the popular vote by larger margins to secure a majority in the Electoral College.