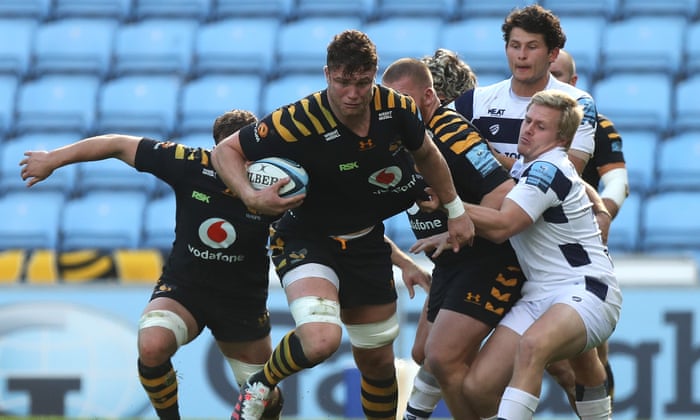 Out with the old and in with the new. It has been more of a post-season than a pre-season for most Premiership players with the 2020–21 campaign starting less than four weeks after the play-off final between Exeter and Wasps at Twickenham. And the weather is the same dull grey.

It will be a campaign unlike any other, shoehorned into seven months with no slack in the schedule. The pandemic will be in the background, frustratingly lacking an off switch, with players and clubs waiting nervously every week for the results of tests. Another familiar feature will be empty stands with no date fixed on the return of crowds, although next month is said to be an option.

And no Saracens, their place taken by Newcastle and their status as double champions by Exeter., who will take some toppling: only two of their players were named in England’s squad for Saturday’s match against Ireland at Twickenham, one fewer than Leicester who accumulated the fewest Premiership points last season, although they supply four players to Scotland and Tomas Francis to Wales.

“It is going to be a long season,” said the Wasps head coach, Lee Blackett. “There is only one way to eat an elephant, a bit at a time. There is no point thinking about the season as a whole. You have to break it up and look at themes within it. You do not want to be counting down.”

Blackett believes players have become used to the lack of atmosphere at matches and are now adept at generating their own energy, reckoning there will be a need for readjusting when spectators return. It has been different in some international matches, which are played before far bigger crowds: there have been times the home side has been in need of the lift supporters provide.

Another theme from the recent internationals is the difficulty of a coach taking over and not so much tweaking a gameplan as running a red pencil through it. Wales, so hard to break down under Warren Gatland, are bending like a sapling in the wind, Ireland look uncomfortable after Andy Farrell helped them out of Joe Schmidt’s straitjacket while New Zealand in the post-Steve Hansen era have been beaten in consecutive games for the first time since 2011, and by teams who barely made an impact on last year’s World Cup, Australia and Argentina.

“The club played a certain way in the last three years,” said George Skivington, who took over during the first lockdown as head coach of Gloucester. “It is slightly different to how I see the game, but it is not realistic to change quickly and it would be foolish to say we have our stamp firmly on the side. I am pleased with how the players have adapted and am confident we are on the right path.” 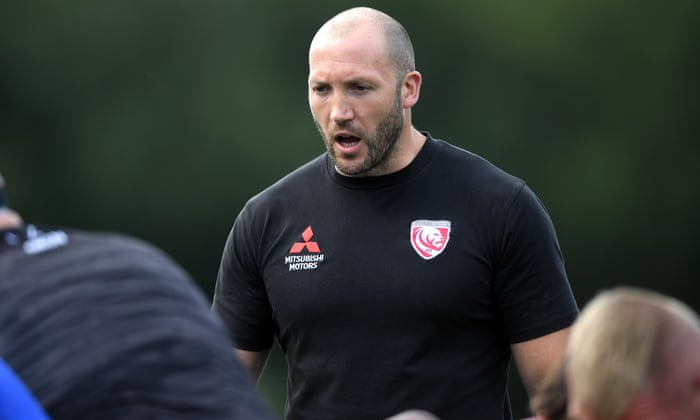 Eddie Jones’s stamp is indelibly imprinted on his England players. He awards caps, not party hats, and even against Georgia, a mismatch where the result was never in dispute, they stuck rigidly to their routines. It was how Gatland managed Wales, holding the rein tight, and for all the attacking, risk-laced approach of his successor, Wayne Pivac, space has to be engineered and there is no chance of that if your set pieces come off their hinges, you are outmuscled at the breakdown and ball-carriers are held behind the gainline. Test rugby is not a refuge for romantics and, for all their skill, there has been no harder team, physically and mentally, or a more cynical one, than New Zealand. Until now, perhaps.

Risk is not a word associated with the Premiership. The new season will not be a nine-month grind; it lasts little more than seven months, but there are no rest weekends between now and the end of June except for those clubs who exit Europe at the group stage.

“It is a brutal competition,” said the Bristol director of rugby, Pat Lam, after announcing a long list of players who would not be available for Sunday’s opener at Wasps through injury. “It is what we sign up for. Get another job if it is not for you. Some think wow when you have so many players unavailable; I think opportunity. We do not rely on individuals but the next guy stepping up.”

Wasps were Bristol’s conquerors in last month’s semi-final and are a club they have not beaten in the Premiership since 2006, by far their most barren run against any team. Bath’s last match was their semi-final defeat to Exeter and they begin by welcoming promoted Newcastle, who have not played a competitive match since March.

The Falcons will use the example of Argentina, who defeated New Zealand last week despite not having played for months. “We will have been made relegation favourites, but we do not think we are or that we deserve that label,” said their director of rugby, Dean Richards. “When everyone is fit we have a really good squad on paper.”

They will be relatively rusty given that the other clubs played at least nine matches after the Premiership resumed, but a flip side is that Newcastle’s players should have more in their legs come April and May. They will, though, have more travelling to do than anyone else, something that has become testing under coronavirus restrictions.

“Two buses to matches and food in our rooms are among the challenges we face,” said the scrum-half Micky Young. “A lot of people write off the north of England in general, but we have the tough edge to rise to the challenge. These are testing times – pay cuts happened and still are. You have to knit together and look after each other. We will not be making excuses.”