Mr Trump Jr is reported to be asymptomatic and has been isolating since receiving the diagnosis.

Speaking to CNN his spokesman said: “Don tested positive at the start of the week and has been quarantining out at his cabin since the result.

“He’s been completely asymptomatic so far and is following all medically recommended COVID-19 guidelines.”

A number of other administration officials have recently confirmed they have coronavirus.

On Twitter he said: “This morning, I tested positive for COVID-19.

“I am experiencing mild symptoms, and am following all appropriate protocols, including being in quarantine and conducting contact tracing.

“I am feeling OK. I have a light cold at this point.” 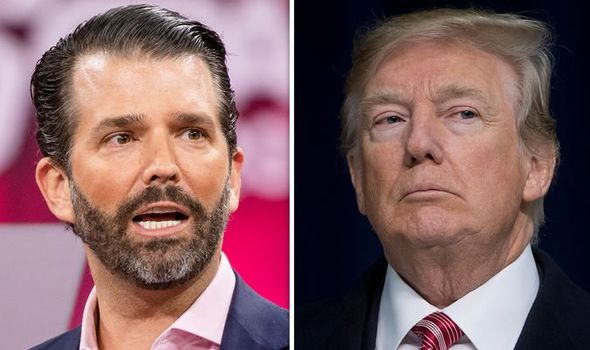 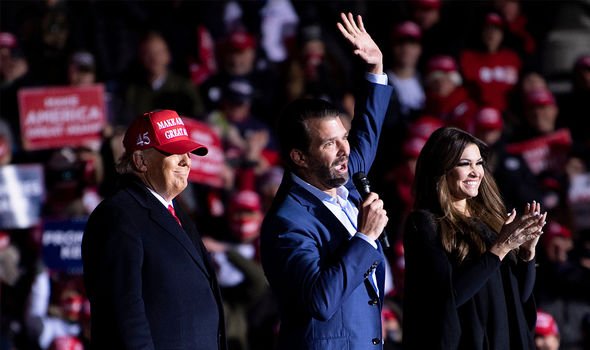 Over the summer it was confirmed Kimberly Guilfoy, Donald Trump Jr’s girlfriend, had been diagnosed with coronavirus but has since made a full recovery.

More than 250,000 Americans have been killed by COVID-19 since the outbreak began earlier this year.

On Friday 2,015 deaths were confirmed, the highest daily total since May. 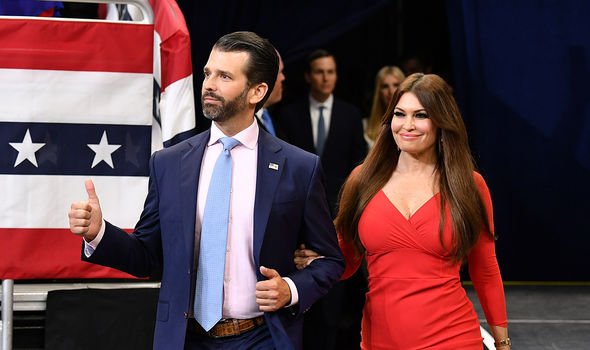 Across the country another 187,000 people were confirmed to have caught the disease.

In early October President Trump announced he had tested positive for coronavirus.

He was treated at the Walter Reed medical centre “out of an abundance of caution” before later being released.