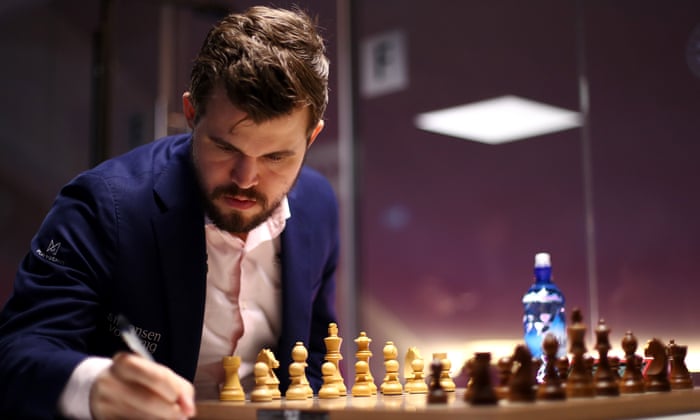 On his Instagram feed, Magnus Carlsen imagined a photoshopped match against Beth Harmon, the fictional heroine of Netflix’s smash hit chess series The Queen’s Gambit. “I think it would be close,” he wrote.

In reality, Carlsen stands alone at the top of the global game, the unrivalled great of his generation. But he says there is no reason a real world Harmon could not one day succeed him – if a game with a notoriously chauvinistic history can become more hospitable to its prospective female superstars.

“This is a problem that’s been around in chess for a long time,” the Norwegian said in a Zoom interview. “Chess societies have not been very kind to women and girls over the years. Certainly there needs to be a bit of a change in culture.”

Carlsen said that such a change would be a “massive job” and suggested that at the moment girls’ enthusiasm for the game is being dampened. “There isn’t so much of a difference between boys and girls,” he said. “Purely the difference is later on.”

Even if the Netflix series is seen as a possible catalyst for change, Carlsen’s comments stand in contrast to a long history of sexism at the top of chess. Nigel Short, Britain’s one-time world No 3, has argued repeatedly that men are “hardwired” to be better at the game than women – despite the disagreement of neuroscientists – and claimed a “yawning chasm of abilities”. Bobby Fischer said that there were no top women players in his era because “they’re just not so smart” and “they should keep strictly to the home”. Even Garry Kasparov – who later resiled from his comments and was an adviser to the makers of The Queen’s Gambit – once claimed that chess “does not fit women properly”.

Carlsen has a couple of amused reservations about the TV series – like the way its players are often stunned by a checkmate move they hadn’t seen coming, which “never happens” – but its portrayal of Harmon is not one of them.

One of the show’s best features, he said, was the rebuke it offered to more primitive voices in the game. “I love the fact that once Beth started to have results and once it became clear she had great ability, there was not a lot of ‘I don’t think she can be any good because she’s a girl’. All of that disappeared. It was very, very pleasing that she was judged by her ability and not her gender.”

In the real world, Carlsen argues that the current structure of ‘open’ tournaments for any player alongside women-only competitions is unhelpful. “I think it should be either or,” he said. “Either there should be only open tournaments, or only men’s and women’s tournaments. I don’t think in principle women have any less natural ability to be great at chess than men.”

Carlsen has other concerns about the structure of the game, viewing the existing world title format – the best of 12 ‘classical’ games with a rapid chess tiebreaker – as no longer fit for purpose. With ever-more exhaustive computer analysis depleting the number of truly original options available with the luxury of time, his most recent successful defence against Fabiano Caruana in 2018 relied on the tiebreaker, after the 12-game series ended in 12 draws.

“In terms of world championship matches, it’s getting more and more difficult to create chances,” he said. “With so much time and opening preparation, those are both great equalisers, and it means that your pure chess ability becomes a little less important.” Sometimes, he added, the classical game can be an “absolute slog”. 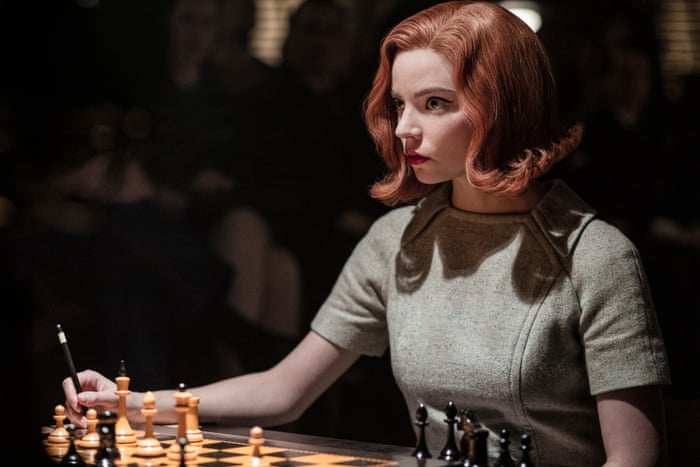 As a result, Carlsen will play fewer classical tournaments over the next year. He may choose to devote a little more time to his fantasy football team, which has seen a slump after his remarkable 10th-placed finish last year to a lowly 164,898th at the time of writing. To reach such heights again, he said, “Would take a tremendous amount of luck”.

More significantly, though, he is involved in the launch of the $1.5m prize fund Champions Chess Tour, a series of 10 tournaments which starts on Sunday. (As well as being the face of the competition, he won it. For an indication of Carlsen’s dominance as a playing force and a brand, consider how weird it would be for Lewis Hamilton to have just secured the Lewis Hamilton Driving Championship.) It succeeds the Magnus Carlsen Chess Tour that started this year, in response to the coronavirus pandemic shutting down face-to-face.

Play will involve rapid, blitz and the apocalyptically titled Armageddon variants of the game. The series – for which Carlsen is, obviously, the prohibitive favourite – comes amid a huge boom in chess popularity online, partly thanks to Netflix and the pandemic, and a slightly dad-dancing growth in matches being streamed on Twitch, with excitable commentators in the background.

There is a danger to that change, Carlsen allows. “Maybe, if everybody grows up playing only rapid and blitz chess, that may, in a very long perspective, make young players worse.” But in the short term, he is more concerned about the corresponding rise in cheating in the online game – at least among the masses whose play and possible use of chess engines is not tracked by video cameras or screen monitors.

“In the tournaments I play in, it’s not a worry,” he said. “I do see that for others, though, that you can chip away at your joy of playing if you know that your opponent may be cheating.” In general online play, “there’s just no way round it. A lot of people are gonna be cheating and it sucks.” At least, he adds, they usually get caught in the end.

You do wonder whether Carlsen, who enjoyed an astonishing 125-game unbeaten streak in classical chess until a surprise defeat last month, might occasionally appreciate a bit of cheating from his opponents to make things more interesting. Does he ever wish for a rival of the calibre of Kasparov, or Fischer, or indeed Harmon? “No, even if there’s no Nadal or Federer, you can still lose to Gasquet or Nalbandian, that’s their problem,” he said, with a certain ruthless accuracy about his opponents. And he appears to be in no danger of losing his appetite for the fight. “In every world championship match, it still becomes that heavyweight struggle.”