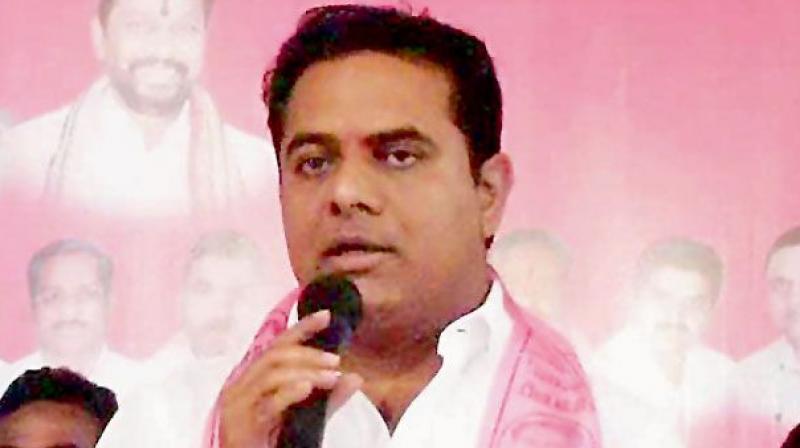 Hyderabad: TRS working president K.T. Rama Rao on Thursday said that his party, the Telangana Rashtra Samithi, had neither a friend of nor had any formal alliance with the All India Majlis-e-Ittehadul Muslimeen (AIMIM) for the elections to the Greater Hyderabad Municipal Corporation (GHMC).

Answering questions from journalists at a ‘Meet the Press’ programme organised by the Press Club of Hyderabad, he clarified, “AIMIM is not a friend of the TRS. As a political party, the MIM was impressed with TRS’ policies and had therefore extended its support to us.”

The minister said that it was normal in politics that a political party might extend issue-based support to other parties or a government, even while retaining the right to be opponents in the electoral fray.

The TRS, which had been fighting the “anti-people’s policies of the BJP government” at the Centre, had extended supported to the Union government when the GST was implemented.

He said that in the previous GHMC elections, the TRS had defeated candidates of the MIM in five divisions of the old city and narrowly lost couple of others. “This time, we are confident of winning more than 10 seats in the old city defeating the MIM candidates.”

Countering the BJP statements in which the saffron party accused the TRS of resorting to politics of appeasement of Muslims and that the TRS was planning to handover the mayor’s post to the MIM, Rama Rao retorted, “Have we gone bonkers? Why will the TRS even consider such a move? A woman candidate from our party is going to be the next mayor of Hyderabad on December 4.”

Stating that the TRS was contesting all 150 divisions in the GHMC elections, he emphatically claimed that his party would go it alone in the elections and would neither have any alliance with any party nor are they going to extend their support to any other party.