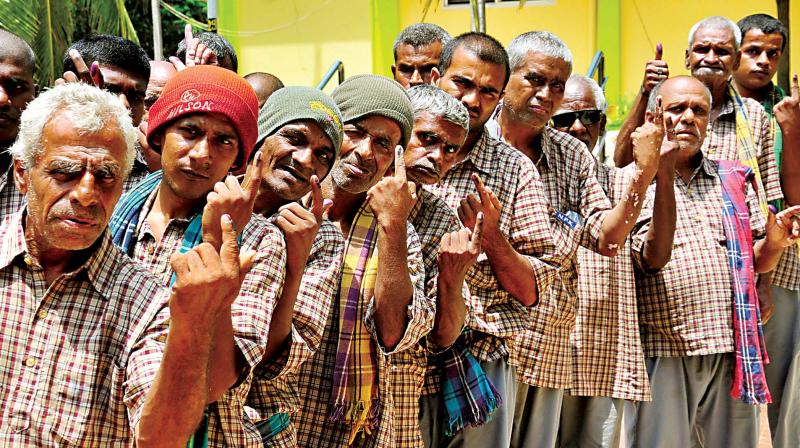 HYDERABAD: The GHMC elections are round the corner but many citizens are not aware of who their area corporator is. Many were dumbstruck when they were asked to name their local corporator.

It is ironic that most corporators have completed their full five-year terms but they never once reached the people nor did they address their problems.
Most middle-class failed to name their corporators, while a majority never saw their corporator in the last five years save for Vinyl flexes in different locations.
Pothana Mekhala, working in the health sector, a resident of Navodaya welfare society, Kanchagachibowli, Sheerlingampally, said “We do not know who our corporator is. We never had any interaction with them. Recently we were approached with regard to the MLC Graduates election form.

Srilatha Rudravaram, a housewife from Jawaharnagar, Yousufguda, said “We never had a chance of seeing our  corporator. We only see our locality leaders and that too during festivals. The bad roads remain as bad as they were five years back.”

Maheswer Rao, a PR personnel from Srinagar Colony, said “I am so sorry, I don’t know the name of the corporator, because I live in an apartment, I voted for the party in the previous GHMC elections. We have problems with bad roads and overflowing drainage. Drain water is stagnant all 365 days of the year.”

“The question has puzzled me,” said M. John Bunyan, a school correspondent from Gunfoundry. He said the locality needs to be improved a lot.