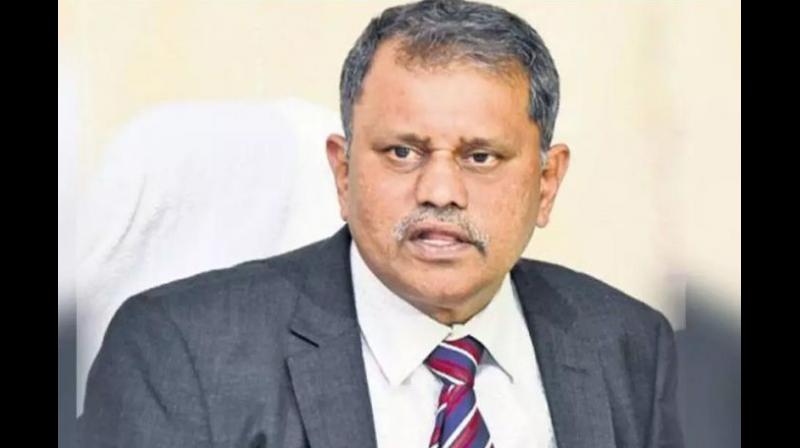 Vijayawada: The Andhra Pradesh State Election Commission (SEC) is planning to take legal recourse to protect its Constitutional authority and sanctity from the onslaught of criticism from the ruling YSRC party legislators and members, following its decision to hold gram panchayat elections in February next year.

Sources in the SEC revealed that State Election Commissioner N. Ramesh Kumar took a serious view of the objectionable comments made by minister for civil supplies Kodali Sri Venkateswara Rao, alias Kodali Nani, and others. The minister and other YSRC leaders spoke in an extremely unparliamentary and uncouth language about the SEC decision to conduct gram panchayat polls, after consultation with the state government, in February.

The SEC reportedly complained to Governor Viswabhusan Harichandan in person and sought action against those who made such unacceptable remarks against the Commissioner.

Sources say that the Commissioner may move either the AP High Court or the Supreme Court, seeking an order to restrain ruling party legislators and leaders for making unsavoury remarks, undermining the sanctity of the Election Commission and for targeting the Commissioner directly.

It could be learnt from sources that the Commissioner was currently collating evidences to substantiate in court against the state government and on how it was creating hurdles in the SEC’s plan to proceed with the gram panchayat polls. The SEC is also likely to complaint to the court and seek necessary orders to allow the Commission to discharge its constitutional obligations by holding elections in a free and fair manner.

Meanwhile, efforts of the Election Commissioner to brief district collectors and other officials regarding the arrangements to be made to conduct gram panchayat polls through a holding a video conference on Thursday, failed to materialise because the state government did not provide permission for it. This is the second time the SEC was refused cooperation by officials to even attend a video conference.