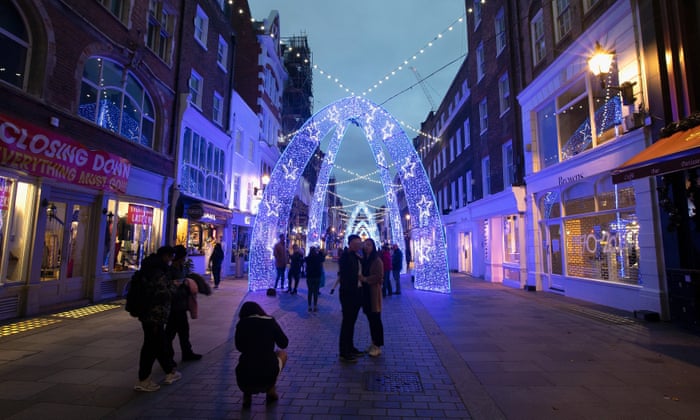 Boris Johnson is expected to announce proposals on Monday for how the lifting of England’s coronavirus lockdown will work.

What do we know about the plan?

Downing Street has announced that once England comes out of its latest lockdown, the country will enter a three-tiered system of coronavirus restrictions, in an effort to keep infections down.

Will this be the same as the tiered system that was put in place last month?

Yes and no. As before, the tiers will represent different degrees of restrictions, with different parts of England in each tier. But it is expected that some tiers will feature tighter restrictions than before, with more areas in the highest tier. In addition, there will be changes to the 10pm curfew on pubs and restaurants to give people more time to finish their drinks.

In many ways, this is not surprising. The health secretary, Matt Hancock, has previously said that he expected England to return to a tiered system, while experts have been warning for weeks that the earlier approach had problems. The old tier 1 restrictions – which applied to the majority of England and included working from home where possible, the “rule of six”, and a 10pm curfew on the hospitality sector – had little effect.

Speaking at a Downing Street press briefing on 16 November, Dr Susan Hopkins, an epidemiologist and medical adviser on the Covid-19 response, added that the impact of tier 2 restrictions varied in different places, but that measures under tier 3 and the so-called “tier 3-plus” appeared to be effective at reducing coronavirus cases.

“We see very little effect from tier 1, and I think when we look at what tiers may be there in the future, we will have to think about strengthening them in order to get us through the winter months until the vaccine is available for everyone,” she said.

Dr Michael Head, senior research fellow in global health at the University of Southampton, said strengthening the tiers was sensible, not least as it would be expected to keep cases lower and hence reduce pressure on healthcare services.

“That is one of the key points of it, to make sure the healthcare is accessible both in terms of infection control and beds for Covid patients, and to ensure healthcare services are free for non-Covid patients as well, so that we don’t see cancer wards and stroke services and mental health services closed because staff are off sick or isolating because of Covid,” he said.

Details of which of the new tiers each area is to be placed into are expected to be released on Thursday.

What could this mean for Christmas?

Details of how yuletide celebrations are to fit into the government’s new system have yet to be released, although more information is expected on Monday. That said, the government appears to be committed to allowing families to get together over Christmas.

Speaking at a Downing Street press briefing on Friday, Hancock said: “I think it would be such a boost to the whole of the UK if the four nations, each responsible for healthcare in a devolved way, can come together and agree a set of arrangements that’s both safe and careful and sensible, but also allows families to see each other at Christmas.”

Among the possibilities is that a small number of different households could be allowed to form a “bubble” for the several days over Christmas.

Some have suggested a relaxation of restrictions is a favoured policy because many people will otherwise simply break the rules to see their family and friends.

What do the scientists say?

The British Medical Association has published a blueprint of its own for how to come out of lockdown safely, which supports the idea of tighter restrictions within a tiered system.

“Upon exiting lockdown, should there be local outbreaks or surges of infection, there should be a revised tiered system of local lockdowns, with clear “triggers” for when areas move up or down a tier; greater clarity and guidance to the public and clinically extremely vulnerable groups what the different tiers mean for them; and, crucially, stricter rules within the system, including greater restrictions on social mixing and travel between tiers,” the report states.

However, the document also stresses the need for a revamped testing and contact-tracing system, financial and practical support for vulnerable people, and improvements to the NHS Covid-19 app, among other measures.

Many scientists have warned that relaxation of restrictions for Christmas to allow households to mix will result in a surge of infections, and subsequently deaths, in the weeks that follow, with some urging that families who want to meet up opt for a walk outside rather than gathering indoors.

Prof Brendan Wren, professor of vaccinology at the London School of Hygiene & Tropical Medicine is among those cautioning that relaxing restrictions over the festive season could come at a heavy price. “The best Christmas present ever is the promise of a new effective Covid-19 vaccine for everyone. It would be foolish to spoil this by relaxing measures too far and causing unnecessary deaths,” he has said.

According to Public Health England, modelling by the Scientific Advisory Group for Emergencies found that “for every one day of relaxation, five days of tighter restrictions would potentially be needed”.

An Opinium poll for the Observer found that the public would prefer a locked-down Christmas over new January restrictions by a margin of 54% to 33%.