Officials at the Pompeii archaeological park made an astonishing breakthrough during excavations this month, finding the two bodies on the outskirts of the ancient city. But experts no longer believe Pompeii was struck in August 79AD, as is reported in Pliny the Younger’s first-hand account. Pliny’s writings have long been accepted but the recent discovery that people were wearing heavier clothes at the time of the eruption threatens this.

It suggests the population was warned as activity from Vesuvius increased slowly before the eruption itself, as is normal with major volcanic eruptions, rather than a sudden blast as Pliny suggested.

Historian Dan Snow discovered that wine fermenting in jars had also been sealed before the blast, leading him to the conclusion that Vesuvius erupted some two months later than Pliny claimed.

Mr Snow said: “These recent archaeological discoveries suggest that the catastrophic eruption that destroyed Pompeii struck at midday on October 24, 79AD, not in August as previously thought.

“In the first hours after the eruption, ash and pumice rained down on Pompeii, metres accumulating in the streets. 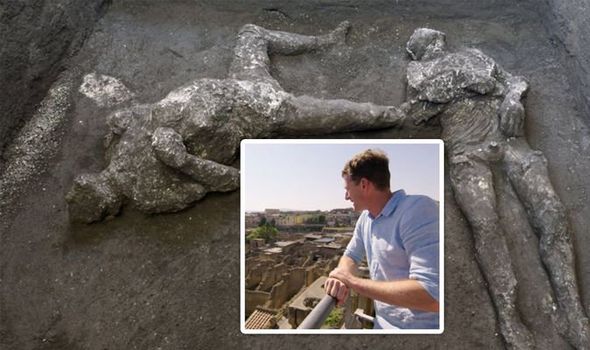 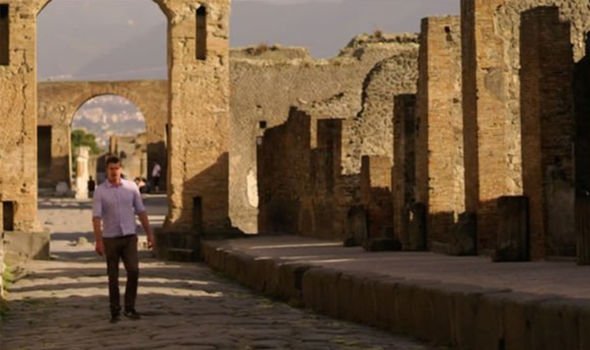 “What happened next here in Pompeii is really just part of the story.

“In those hours after the eruption, this entire region was devastated.

“This wasn’t just any old region, this was one of the richest and most densely-populated parts of the Roman Empire.

“The rich, volcanic soil here meant that there was a network of farms and vineyards, while down the coast there were resorts and ports.” 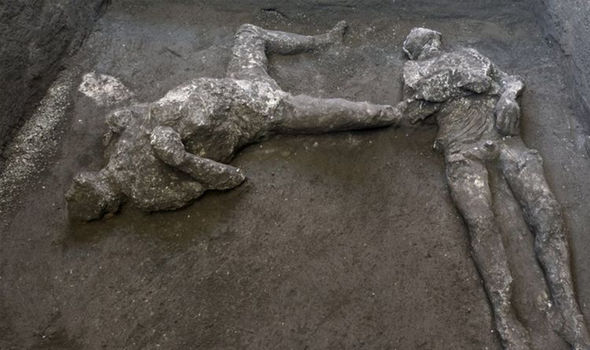 He made the claim during his Channel 5 documentary ‘Pompeii: The New Revelations’, adding that the city was not the only area devastated.

He continued: “One prosperous seaside resort, eight miles north-west of Pompeii, tells us a huge amount about what happened in the aftermath of the eruption.

“Down there is Herculaneum, at least the part of the Roman town that has been excavated.

“Three-quarters of it still lies beneath our feet. 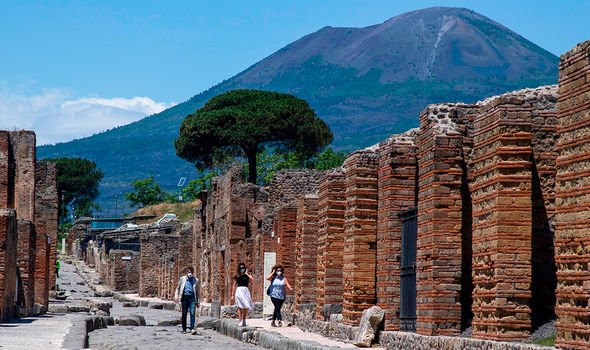 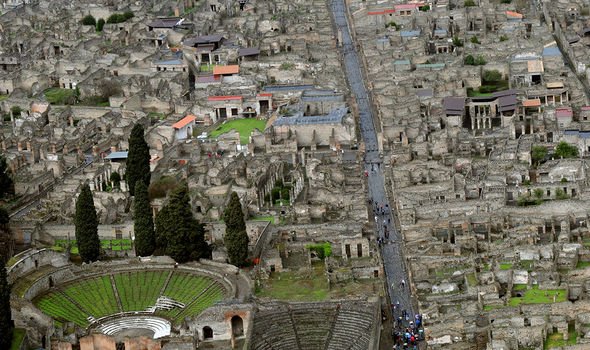 “Things went very differently here to how they went in Pompeii.

“This giant cliff is made from the debris of that eruption.”

Commenting on the recent discovery, dig director Massimo Osanna said the bodies “were perhaps seeking refuge” from Vesuvius before they were “swept away”.

He added: “It is a death by thermal shock, as also demonstrated by their clenched feet and hands.”

The eruption buried Pompeii in ash, freezing the city and its residents in time and making it a rich source for archaeologists.

Officials said the wealthy man was aged between 30 and 40. Traces of a warm woollen cloak were found beneath his neck. 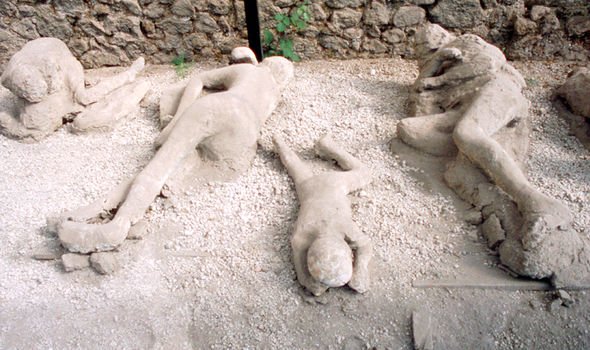 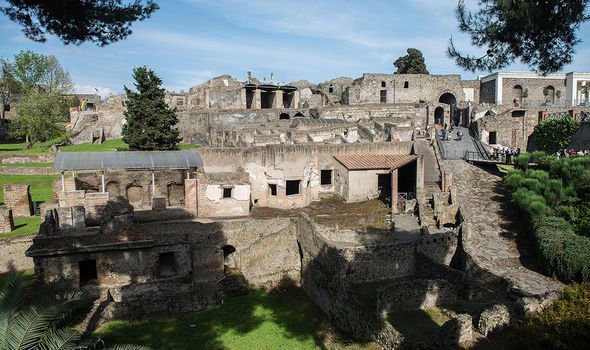 Officials at the archaeological site said crushed vertebrae indicated that he was a slave who did manual labour.

Casts were created using impressions the victims’ bodies had made in the hardened ash.

Excavation work is continuing at the archaeological site, located near Naples, but it remains closed to tourists due to coronavirus measures.