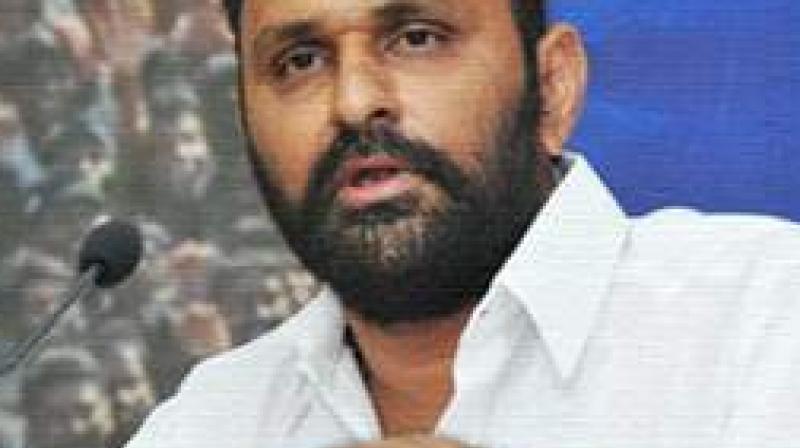 Vijayawada: Minister for civil supplies Kodali Sri Venkateswara Rao alias Kodali Nani launched a scathing criticism against State Election Commissioner N. Ramesh Kumar for his decision to hold gram panchayat polls, and even challenged him to contest in polls after retiring from the service to prove his mettle.

The minister abused the SEC on Wednesday for “following diktats” of Telugu Desam chief N. Chandrababu Naidu. Nani flayed both Kumar and Naidu for “sitting in Hyderabad” and holding virtual meetings to take important decisions, without knowing the ground realities.

Nani said “I wonder how SEC Ramesh Kumar could plan to hold gram panchayat polls in February when the state was witnessing thousands of Covid cases besides facing a threat of a second wave. He deferred local body polls in March on pretext of Covid, at a time when only a few cases were being reported daily.”

The minister argued that because Chandrababu Naidu had appointed Ramesh Kumar to the post after retirement, he was repaying his gratitude and surpassing limits to show loyalty, and even comprising constitutional norms in the process. He “advised” Ramesh Kumar to join politics after retirement and contest elections, representing the Telugu Desam so it could be settled who had the support of people.

Nani demanded that Ramesh Kumar quit his position if he did not have trust on rules. He said the state government was not ready to allow conduct of gram panchayat polls as a large number of police personnel, revenue officials and teachers were infected with Covid.

Some of them, who recovered from the infection, were facing other health issues, he said, adding that the government was not going to risk lives of officials and people by holding elections.

The minister warned that if the Commission intended to go ahead with conduct of gram panchayat polls, the government would approach the courts.