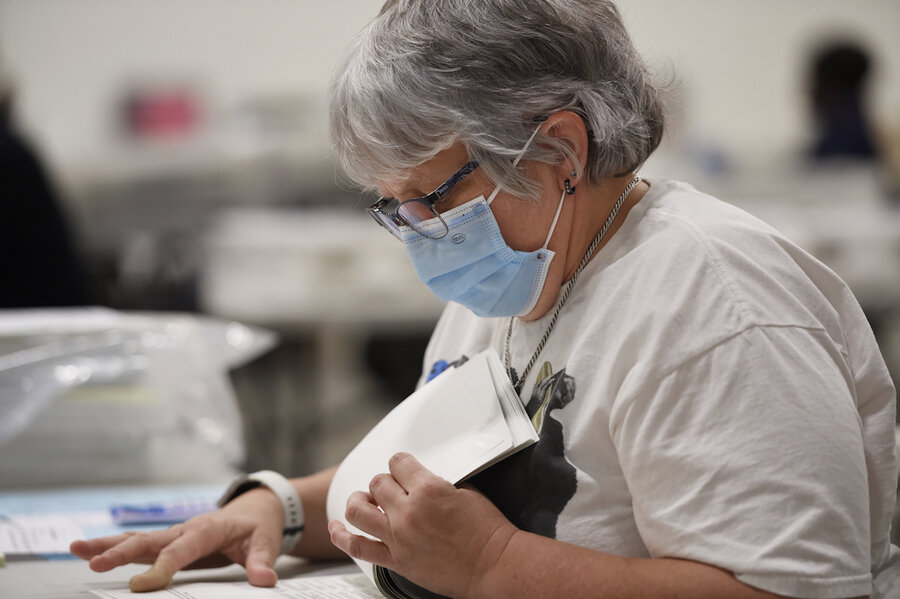 More than two weeks after Election Day, The Associated Press has declared Joe Biden the winner of the presidential contest in Georgia, a longtime Republican state that the Democratic president-elect narrowly won by making major inroads in suburban areas that formerly favored the GOP.

Mr. Biden won the presidency on Nov. 7, after capturing Michigan, Pennsylvania, and Wisconsin, which had swung for President Donald Trump in 2016. But his 0.3 percentage point lead over Mr. Trump in Georgia was so narrow that the state could not be called – until now.

It is AP’s practice not to call a race that is – or is likely to become – subject to a recount. While there is no mandatory recount law in Georgia, state law does provide an option for a recount to the losing candidate if the margin is less than 0.5 percentage points.

The AP called the race for Mr. Biden on Thursday after state election officials there said hand-tallied audit of ballots cast in the presidential race confirmed the former vice president leads Mr. Trump by roughly 12,000 votes out of nearly 5 million counted.

The audit’s review of ballots cast confirmed Mr. Biden’s lead, and no available evidence suggests a machine recount of ballots already reviewed by hand will result in a different outcome. Therefore, AP declared Mr. Biden the winner in Georgia.

The hand tally completed this week is not legally a recount under Georgia law. Rather, it was the race selected by Secretary of State Brad Raffensperger for review under a new state law that says one race in the general election must be audited by hand to check that machines counted ballots accurately. Mr. Raffensperger said the tight margin of the presidential race meant a full hand count of ballots was necessary to complete the audit.

Gabriel Sterling, who oversaw the implementation of the state’s new voting system, said the result of the hand audit found Mr. Biden leading Mr. Trump by a little more than 12,000 votes. Going into the hand tally, Mr. Biden led Mr. Trump by a margin of about 14,000 votes. Previously uncounted ballots discovered in several counties during the hand count reduced that margin, while other counties found slight differences in results as they did their hand counts. State election officials had consistently said that was to be expected, and stressed the audit was not a response to any suspected problems with the state’s results or an official recount request.

While not formally a recount under the letter of state law, the hand tally conducted to complete the audit was, in practice, a recount.

“Every single vote was touched by a human audit team and counted,” Mr. Sterling said.

The state has until Friday to certify results that have been submitted by the counties. At that point, Mr. Trump’s campaign has two business days to request a recount. That recount would be done using scanners that read and tally the votes and would be paid for by the state’s counties.

On Election Day, Mr. Trump had initially jumped out to an early lead in the state. But Mr. Biden did well with voters who cast ballots by mail. And as those ballots continued to be counted in the days after the Nov. 3. election, he overtook Mr. Trump.

Georgia has long been a Republican stronghold, dominated at most levels of government by the GOP. Voters there hadn’t swung for a Democratic presidential candidate since Bill Clinton in 1992. Mr. Trump beat Hillary Clinton there by 5 percentage points in 2016.

But the party’s grip has loosened. As older, white, Republican-leaning voters die, they’ve been replaced by a younger and more racially diverse cast of people, many of whom moved to the booming Atlanta area from other states – and took their politics with them.

Overall, demographic trends show that the state’s electorate is becoming younger and more diverse each year. Like other metro areas, Atlanta’s suburbs have also moved away from Republicans. In 2016, Mrs. Clinton flipped both Cobb and Gwinnett counties, which Mr. Biden also won.

In 2018, Democrat Stacey Abrams galvanized Black voters in her bid to become the country’s first African American woman to lead a state, a campaign she narrowly lost.

Many political analysts say it’s not a question of if, rather when, Georgia becomes a swing state. That much was clear in the closing weeks of the campaign as Mr. Biden, his running mate, Sen. Kamala Harris, and former President Barack Obama barnstormed the state. Mr. Trump, too, visited the state to play defense.

The question that remains is whether Mr. Biden’s win marks a major shift, or a temporary revolt by suburban voters who disliked Mr. Trump and who will return to the Republican fold after he’s gone.