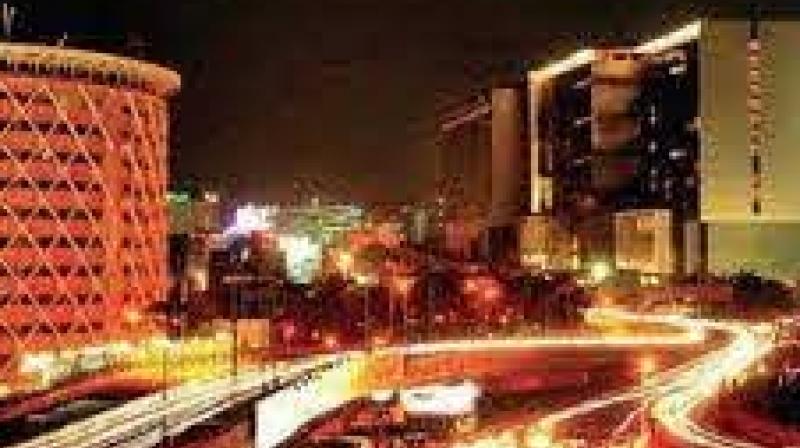 Hyderabad: The seat of the first citizen of the city has been booked for a woman in the upcoming GHMC elections, and there are high expectations of the winner.

The team of reporters at Deccan Chronicle reached out to several voters to find out who they wanted as the Mayor of Hyderabad. It seems that a significant number of voters are in favour of Dr Lubna Sarwat of the Socialist Party, a well known lakes activist, to be elected Mayor.

Most voters that Deccan Chronicle spoke to wished to see someone that is young, has a vision for the development of the city and innovative ideas for the welfare of the people. Voters reckoned that Dr Sarwat's war against corruption and mismanagement in the city, and her zeal to not compromise on principles make her a suitable candidate for the post of first citizen of the city.

Dimple K.S., a homemaker, said, “Ideally speaking, the mayor should be an independent candidate, with no party affiliations. She should not buckle down to what the party mandates, rather she should do what the people of the city require at the moment.”

A medical practitioner in West Marredpally said she hoped that the Mayor would be technologically savvy, owing to the shift of most government processes to online platforms, and said that the Mayor should aim at being more accessible for the people.

Voters are also of the view that if a woman is elected, she should not be making decisions and frontlining for her husband, regardless of who it is. Yamuna Pathak, a research scholar and social activist, said, “Men who cannot run for these elections are making their wives or family members contest, due to the reservation for women. We want women empowerment in its true sense. We also want a progress report of what and how much is being done every month.”

On the Mayor, she said, “We need someone who has in-depth knowledge, is tech savvy, someone with a practical approach. Let them not sit in an air-conditioned room and make decisions. They have to come down to the grassroot level and work. These positions should not be ornamental. ‘Know your Mayor’ should be the approach.”

Other than Dr Sarwat, voters are looking at a political figure like Renuka Chowdhury from the Congress to lead the city. Dr Sofiya Sujad, a medical practitioner, said, “We need someone with a vision and plan of action. I’ve always believed that when the essential unit of our society’s fabric, the child, is treated as a fundamental building block of the nation, the architecture of the country will fall into place in every avenue. Therefore a lady like Renuka Chowdhury who, in addition to her merits, has worked tirelessly towards the cause of women and children will be a great choice.”

Voters demanded that the mayor should be elected directly by the people and not by the corporators. Questioned on what should be the priority for the new Mayor, people listed out issues like conservation of environment and animals, management of waste and garbage in the city. establishment of a transparent organisational system, and welfare of the community as a whole, without any party biases, among other things.