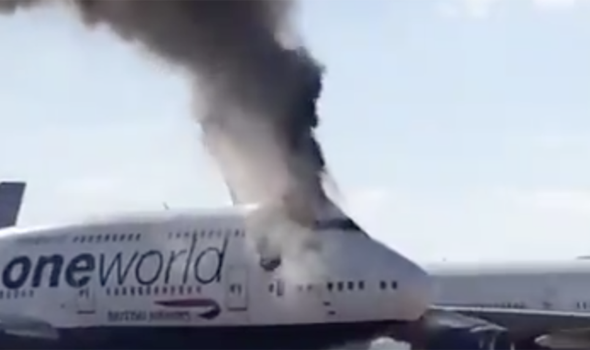 Social media footage shows smoke billowing out from behind the cockpit of a British Airways Boeing 747-400. Firefighters at a  Castellón Airport in Valencia, Spain, were able to extinguish the blaze, but the jet suffered major damage. Spanish authorities have said there were no casualties from the fire. The cause of the blaze has not yet been confirmed but authorities have reported it was to be scrapped regardless.

Castellón Airport issued a statement on Twitter, saying that the Boeing was to be scrapped and no passengers were on board.

They added: “Castellón Airport firefighters and Provincial Fire Consortium Castellon worked together to extinguish a fire in an aircraft.

“There have been no injuries to regret and the fire is already confined.”

Four Provincial Fire Consortium Castellon (CPBC) fire fighters were sent to tackle the fire, along with 2 command units as back up. 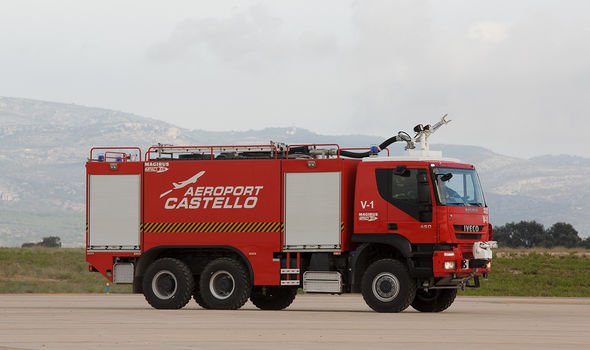 The CPBC were able to extinguish the first behind the Boeing’s cockpit at 12:51PM GMT.

Local Valencian Government authorities then issued an update about the blaze, and confirmed it was a decommissioned jet.

They added: “It is a plane without passengers and destined for scrapping.”

The CPBC also reported the Boeing was parked in a designated scrap area, and as a result no damage was caused to other jets.

The Boeing plane has been parked at Castellón Airport since August, after being decommissioned by British Airways.

According to Planespotters.net, Boeing 747-400 G-CIVD was the only British Airways jet stored at the airport.

It made its final flight on August 18, and was in use for nearly 26 years with its first flight in December 1994.

The British Airways Boeing’s last flight was from Lagos, Nigeria to London on April 18.

The two-story, fifteen meter tall jets are being phased put by British Airways as the company aims to meet a net-zero emissions target by 2024.

A downturn in travel due to the coronavirus pandemic has led to the airline speeding up their retirement of Boeing 747’s.

A British Airways spokesman said in July: “It is unlikely our magnificent ‘queen of the skies’ will ever operate commercial services for British Airways again due to the downturn in travel caused by the Covid-19 global pandemic.”