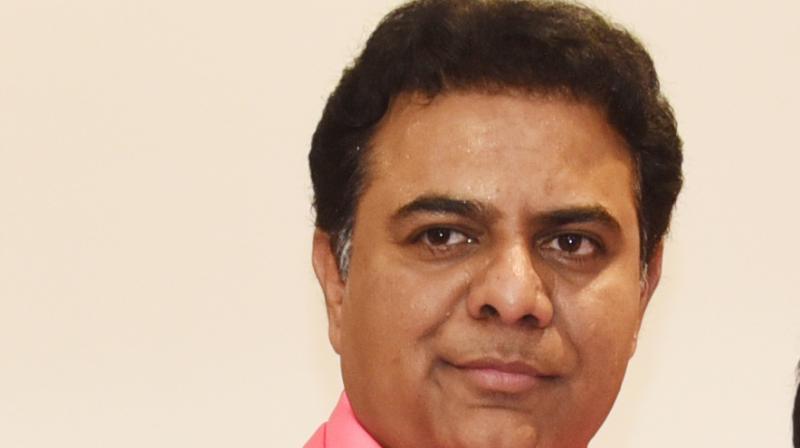 Hyderabad: TRS working president K.T. Rama Rao on Friday challenged BJP leaders to get a Rs 1 lakh crore package from the Centre for Hyderabad to prove their commitment to the city and its people.

“It is our best weapon against our opponents,” he said. “We must explain to the people how our visionary Chief Minister overcame several hurdles and ensured that the city was on the growth path.” Urging them to hit the century mark, he told TRS candidates to meet the aspirants who had competed for the party tickets and together hit the campaign trail.

Rama Rao lashed out at the BJP leaders for attempting to spread communal hatred. “Whenever there are elections, the BJP rakes up Hindu-Muslim communal hatred and India-Pakistan border issues. Don’t they have issues of public welfare and development to speak about,” he asked.

Referring to the assurance of BJP leaders they would waive traffic challans, he said the BJP leaders had become a laughing stock with their statements. He asked know if the BJP government in Gujarat was paying the challans of traffic rule violators.

Another Rs 14,175 crore was spent on water supply and sewerage management, Rs 2.374 crore on uninterrupted power, Rs 564 crore for energy conservation, Rs 1,940 crore for law and order, Rs 9,700 crore on two-bedroom houses, Rs 1,716 crore for Swachh Hyderabad, Rs 332 crore on Green Hyderabad, and Rs 2,215 crore for the IT and industries incentives under Brand Hyderabad.

The government said that it had attracted Rs 2 lakh crore investments in six years.