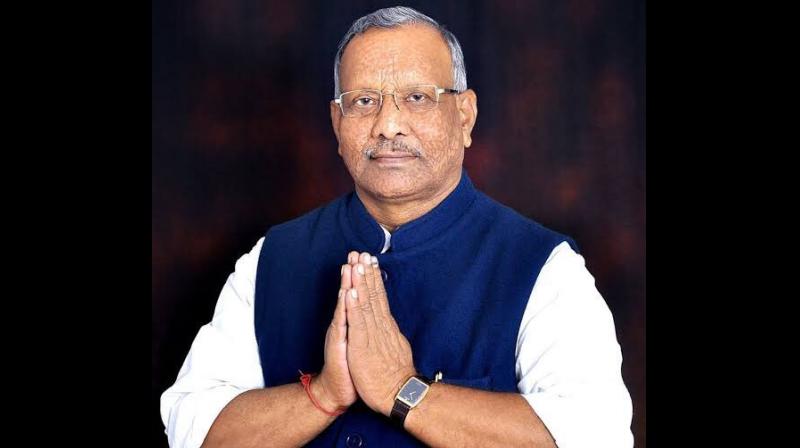 A day after being elected as the leader of Bharatiya Janata Party (BJP) legislature party, Katihar MLA Tarkishore Prasad was on Monday sworn-in as one of the two deputy chief ministers of Bihar.

In the recently concluded election, Kishore won the Katihar Assembly seat for the fourth time by defeating Dr Ram Prakash Mahato of RJD by a margin of 10,500 votes. Interestingly, he won his first election against the same candidate by a very narrow margin of 165 votes.

Prominent EBC leader Renu Devi is the other deputy CM.

With two CMs, the state of Bihar will be following the footsteps of Uttar Pradesh, which also has two deputy CMs — KP Muarya and Dinesh Sharma.

“I have been given this responsibility and I’ll carry out the duty to the best of my ability,” Prasad told media after being elected as leader of the BJP legislature party.

On being asked about his elevation to the second-most powerful job in the Cabinet, he is quoted as saying, “I can’t comment on it as of now. Whatever responsibility comes, I will take up the challenge.”

Political expert Naresh Kumar Srivasatava introduced a new angle as to why Prasad was chosen as the Deputy CM of Bihar in the 2020 State Assembly Elections.

He told Hindustan Times, “BJP wants to enter West Bengal politics in an emphatic way and hence Tarkeshwar Prasad was elevated to the post of the leader of BJP in Bihar,”

The 56-year-old Prasad is also a businessman, with his total declared assets adding up to Rs 1.9 crore.

Hailing from the Kalwar caste, he is an alumnus of DS College in Katihar, he has been associated with Akhil Bhartiya Vidyarthi Parishad (ABVP) since his college days. Before joining BJP, he had served at several posts in ABVP.