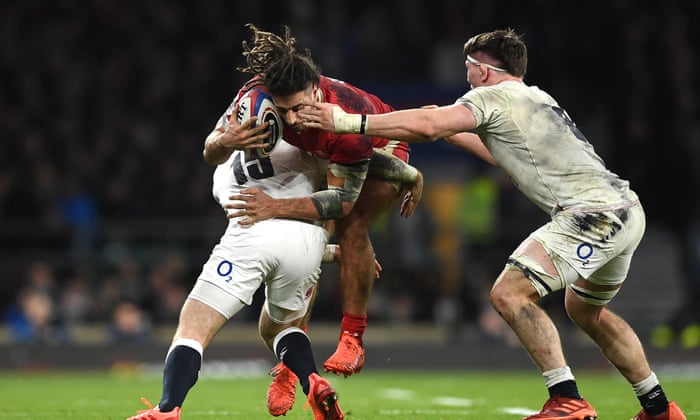 Wales are backing themselves to produce their best performance of a disappointing year against England in Llanelli on Saturday, aware of the consequences against the Six Nations champions if they continue their poor form since the end of the summer lockdown.

Victory over Georgia last weekend ended a run of six successive defeats, but it was routine rather than accomplished against limited opponents and Wales, who have slumped to ninth in the world rankings, know they have to turn up the volume against the side they relish defeating more than any other.

“Beating England would be a shock victory in many people’s eyes, but we would not see it that way,” said the Wales kicking coach, Neil Jenkins. “I like to think we will back ourselves and fancy our chances. We understand what is in front of us and know it will be tough, but if we perform as we can, we will have a chance. We can probably expect fireworks: both teams will be on edge.”

Wales will have Josh Navidi available again in the back row. His only other appearance in an international this year was at Twickenham last March and in a week when Ross Moriarty was ruled out of the rest of the autumn campaign, his power over the ball will be crucial against arguably the most effective back row combination in the world game.

“You could say that we are behind England the way things have gone [this year],” said Jenkins when asked about the comments of the former Wales captain Gwyn Jones who said they were “miles behind” last year’s World Cup finalists. “We know we have to play well or we could come unstuck.

“England have pace out wide, a great kicking game and a defence that is hard to go around. There is only one way to go – forward. They are a very good outfit, exceptional without the ball. We have to meet them head on and play smart. They have strengths across the board, but there is a big performance in us. I hope it is on Saturday.”

It has been a testing year for the Wales head coach, Wayne Pivac, who took over from Warren Gatland who enjoyed considerable success over 12 years. Jenkins, who was part of the previous regime, said: “There is a new group who are trying to play a slightly different way and that takes time. I am trying to get an understanding and feel for it as well and I am more than happy at the way things are going.”