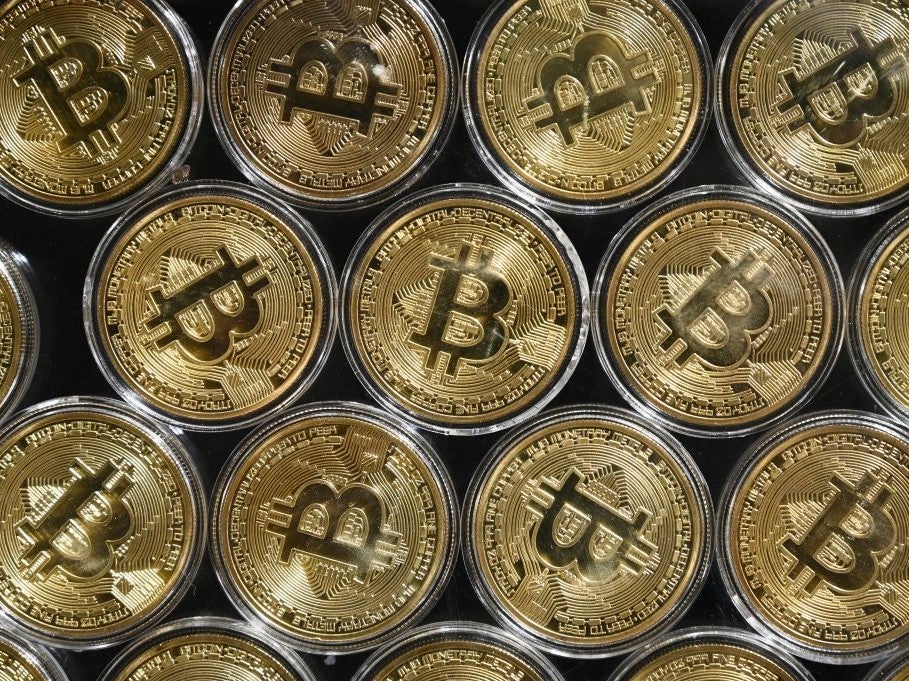 The price of bitcoin has risen above $18,000 for the first time since December 2017, after surging nearly 10 per cent over the last 24 hours.

The world’s most valuable cryptocurrency was trading below $5,000 in March but is now less than $2,000 away from the record high it reached three years ago.

This time, the price appears to have been pushed up by institutional investors who are increasingly viewing cryptocurrencies as a safe haven asset like cash or gold.

Stock market volatility brought about by the coronavirus pandemic and geopolitical uncertainty makes bitcoin an attractive prospect, given its supply is limited to 21 million.

Consumer interest is slowly picking up again, according to Google Search trends, meaning this could be the beginning of another record-breaking price run.

“We’re constantly seeing large numbers of daily signups from retail customers joining the crypto market for the first time,” Mr Demith said. “What we’re currently experiencing is a mentality shift where the younger generation see bitcoin as the gold of their generation.”

The mainstream is still yet to re-enter the #Bitcoin market.

We are still early. pic.twitter.com/BV8UTT6gAo

A recent poll of around 700 high net worth investors from around the world found that nearly three-quarters of them already have a stake in bitcoin, or plan to invest in cryptocurrencies before the end of 2022.

The same poll in 2019, which was undertaken by UK-based financial advisory firm deVere Group, found that only around 68 per cent of participants were invested or planned to invest in cryptocurrencies.

“As the survey shows, this impressive performance is drawing the attention of wealthy investors who increasingly understand that digital currencies are the future of money and they don’t want to be left in the past,” said deVere Group CEO Nigel Green.

“No doubt that many of these high net worth investors who were polled have seen that a major driver of the price surge is the growing interest being expressed by institutional investors who are capitalising on the high returns that the digital asset class is currently offering.”

The high returns are also balanced by significant risk, with bitcoin known for its extreme market volatility. After reaching its record high of around $20,000 in December 2017, the price of bitcoin crashed to below $4,000 before making a frenetic recovery.

This unpredictability makes it a far less stable investment than other more traditional safe haven assets, however recent positive news in the cryptocurrency industry could see bitcoin break above its previous record price before the end of the year, according to some market experts.

Last month, PayPal announced that customers will be able to store and spend bitcoin and other cryptocurrencies from early next year, potentially opening up the market to a huge number of new users. The online payments platform has around 346 million customers worldwide.

“It’s not out of the question for bitcoin to hit its all-time high this side of Christmas,” said Simon Peters, an analyst at online investment platform eToro.

“Three years on, the crypto industry has consolidated, matured and is seeing real traction with institutional investors. Will it be a Merry Christmas for bitcoin holders? We’ll have to wait and see but the signs look promising.”