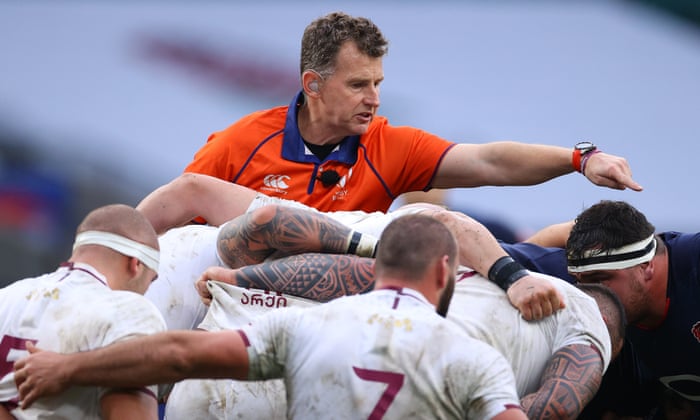 The great West Indies captain Clive Lloyd used to advise cricketers to retire when they started to feel “their eyes go, their knees go and their friends go”. It is different with rugby referees, for whom popularity is not a common expectation. Nigel Owens, though, remains a priceless exception to the rule: when he does depart it will feel as if his entire sport has been marched back 10 metres.

It is not just because Owens, about to take charge of his 100th Test, the first to reach such a landmark, has always been an official with a genuine empathy for the game and those who play it. As a gay man at the top of his profession, he has also helped change perceptions of rugby and belongs in the elite club of Welshmen known by their first name alone. Nigel is a national treasure, whether your first language is English or Welsh.

Catch him while you can because World Rugby has yet to confirm he will be granted any more international appointments after Saturday’s ton-up contest between France and Italy in Paris. Already there is a wistful edge to his voice. “I will miss it hugely. I’ll miss the buildup, the spectators, that butterfly moment in the changing rooms, the anthems. It’s all I’ve been doing for 34 years, week in week out, year after year. It’s been my life.”

The ability to make a game better regardless of the teams involved is the rarest of gifts. Owens, now 49, was in charge of South Africa v New Zealand at Ellis Park in 2013, one of the all-time great matches, as well as the outstanding World Cup final between the All Blacks and Australia in 2015. The latter occasion, unsurprisingly, remains his career highlight. “It wasn’t just doing the game. It was what it meant for my dad, my family and friends and the whole village of Mynyddcerrig. There was bunting everywhere and the working men’s club was packed every night. It was like carnival week. On the Saturday night they were all there wearing Nigel Owens facemasks. It was an unbelievable time: a complete one-off.”

You could say the same about Nigel: after-dinner speaker, TV show host and cattle farmer but once so tortured by his sexuality that, in his mid-20s, he left a suicide note for his parents, took an overdose, walked out into the Carmarthenshire countryside and is still here only because a police helicopter found him. “I didn’t come out to make the world a better place or to be a role model. I came out for my own mental wellbeing. I just couldn’t carry on the way I was. It nearly did kill me in the end. But sharing those stories is hugely important. Several young rugby players have come up to me and said it has really helped them to accept who they were.” 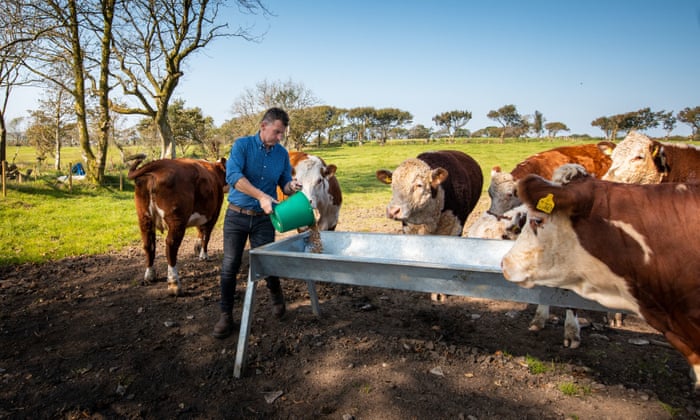 Give or take the odd insensitive comment from the stands, Owens has also found rugby a tolerant environment. “The huge majority of people have accepted me for who I am. It was a tough decision to come out and it is tough talking about it now. My mum said to me: ‘Your life will never be the same again.’ She was right. There is that added pressure on you. It’s not easy, but I hope it has also taken rugby to a better place. There are some people who may not like me as a referee but, hopefully, it’s not because of my sexuality.”

It is also Owens’s view that great referees are born to it – “You need the ability to deal with pressure or negativity, otherwise you just couldn’t do the job” – and that the game is now better than it was. “You don’t get the dirty old games you used to get. Rugby is much cleaner, safer and easier to referee because you’ve got the assistant referees.”

Trial by slow-motion replay, though, does concern him. “Technology has its place in the game, but it’s being used too much. They have to be very careful it’s only used as a last resort. So much of rugby is a grey area. You’ve got to use your experience, empathy and interpretation to decide whether that whistle needs to get blown or not. The way the game is going it’s becoming unreffable in a sense because every decision is being looked at. We need to get back to the referee actually reffing the game and relying less on the TMO.”

He also reckons too many referees make the mistake of being excessively matey – “just referee the game” – with players on the field. Not everyone can be blessed with Owens’s sharp sense of humour or self-deprecating manner. “I remember promising, as a surprise, to referee an U12s game between Pencoed and Cwmbran, the day after a European fixture between Leicester v Ulster. The look on the kids’ faces was a picture. Well, apart from one little winger sat in the corner. ‘I do hope,’ he said to me, ‘that you’re going to referee this game better than you did last night’s.’”

The critics, eh? Either way, Owens richly deserves one last Six Nations hurrah. “I hope World Rugby will allow me to officiate in the Six Nations and finish where I started, but that’s out of my control. It is important you don’t overstay your welcome but hopefully I’ll be able to finish on my terms. If it was taken away abruptly I’d be devastated.”