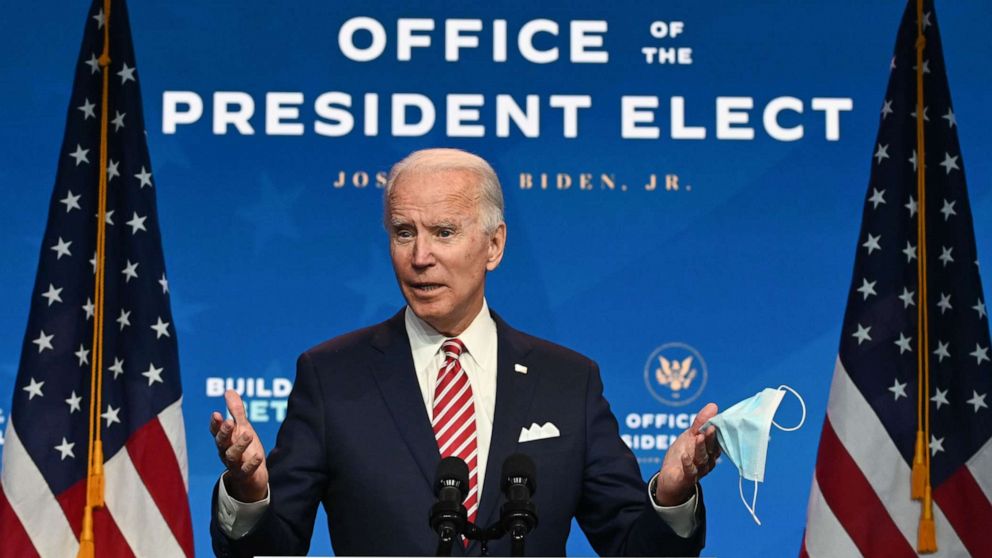 The members of President-elect Joe Biden’s Cabinet and other senior officials will comprise his inner circle and shape his policies. This story will be updated as more announcements are made.

Here’s a look at Biden’s picks for the top posts in his administration:

As part of a rollout of major foreign policy and national security appointments and nominees, the president-elect announced he would nominate Alejandro Mayorkas for secretary of homeland security on Nov. 23.

Mayorkas was born in Havana and came to the United States as a refugee. If the Senate votes to confirm him to the position, he would be the first Latino and the first immigrant to lead the agency in charge of implementing the nation’s immigration policies and border laws.

Mayorkas is a veteran of the department; he directed its legal immigration agency and previously served as the deputy secretary of homeland security. He is also one of the architects behind the Deferred Action for Childhood Arrivals program (DACA).

On Nov. 23, Biden tapped Antony Blinken as his choice for secretary of state.

Blinken has advised the president-elect on foreign policy for almost two decades. Previously, he served as deputy national security adviser and deputy secretary of state during the Obama administration.

As the country’s top diplomat, Blinken would be expected to play a pivotal part in the Biden administration’s efforts to rebuild alliances and reenter international agreements like the Iran nuclear deal and the Paris Climate Accord, as well as halt the country’s exit from the World Health Organization.

In the coming days, Biden is expected to name former Federal Reserve Chair Janet Yellen as his selection for treasury secretary, according to sources familiar with the matter. Yellen would be the first woman to serve in the role.

Yellen is currently an economist at the Brookings Institution. She was the first woman to helm the Fed, taking the reins in 2014 as the country recovered from the Great Recession.

A labor expert, Yellen is expected to garner support from progressives. A handful of Senate Republicans who are still in the chamber voted to confirm Yellen to her previous post at the central bank.

If confirmed as treasury secretary, Yellen would enter the post during one of the most trying economic times in modern history, with millions of Americas out of work due to the coronavirus pandemic and lagging job growth.

Biden announced on Nov. 23 that he would nominate Avril Haines as his director of national intelligence.

Haines is a former deputy director of the CIA, and served as principal deputy national security adviser under former President Barack Obama. She was the first woman to hold both of those roles.

If confirmed, she will become the first woman to lead the country’s intelligence community.

Biden said he would appoint Jack Sullivan as his national security adviser on Nov. 23.

Sullivan previously served as deputy assistant to Obama and as national security adviser to Biden when he was vice president. He’s also a former top aide to Hillary Clinton.

At 43, Sullivan would be the youngest person to hold the position since the Eisenhower administration.

This role does not require Senate confirmation.

Biden said he would name former Secretary of State John Kerry as his special presidential envoy for climate on Nov. 23. The newly created role marks the first time the National Security Council will include an official dedicated to climate change.

The Biden transition team did not immediately provide details on what responsibilities the position would entail, but Kerry comes with an extensive resume.

As secretary of state, Kerry negotiated the Paris Climate Accord that was signed in 2016. A longtime Massachusetts senator, Kerry also advocated for climate reform on Capitol Hill. In 2004, he was the Democratic presidential nominee.

This position does not require Senate confirmation.

US Ambassador to the United Nations

Biden announced he would nominate Linda Thomas-Greenfield for U.S. ambassador to the United Nations on Nov. 23.

Thomas-Greenfield was assistant secretary of state for Africa during the Obama administration. She has served in the Foreign Service for more than three decades.

If confirmed, she would be only the second black woman to ever hold the post.

Vice President-elect Kamala Harris will be sworn into office on Jan. 20, 2021.

Before she was elected to represent California in the U.S. Senate, she served as the state’s attorney general. She ran against Biden in the 2020 Democratic primary race.

She’s the first Black woman and first South Asian American to be elected to the second highest office in the land.

Biden announced he had tapped longtime adviser Ron Klain as his White House chief of staff on Nov. 11.

Klain served as Biden’s chief of staff during his vice presidency. He also led the Obama administration’s response to the Ebola outbreak.