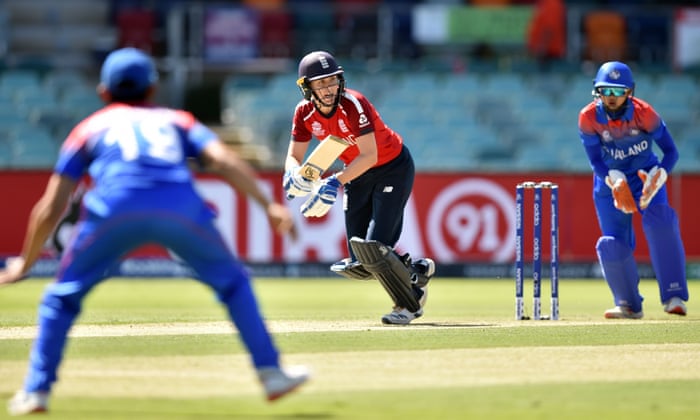 The last time cricket appeared in the Commonwealth Games, in 1998, England paused, filed their nails, and decided it wasn’t for them. The one-day tournament was to be held in Kuala Lumpur in September, just as the County Championship was coming to a head. Clearly, in those late 20th-century days, this was a heady clash too far.

Leicestershire went on to win the championship that summer, for the second time in three years, after thrashing Surrey at the Oval. John Crawley topped the championship’s batting averages, while Courtney Walsh and Andrew Caddick took more than 100 wickets. England women, under the leadership of Karen Smithies, drew a three-Test series against Australia. Another time, another time.

But if England were too busy with domestic cricket to turn their eyes to Malaysia, other sides were double-booked. Pakistan were down a couple of players, with Wasim Akram and Saqlain Mushtaq committed to Lancashire and Surrey respectively, but they also had to conjure up a side for the Sahara Cup in Toronto against India, which was scheduled for the same month.

Northern Ireland and Scotland went along to Malaysia, as did Antigua & Barbuda (coached by Viv Richards), Barbados, Jamaica, and a weakened Sri Lanka – without Sanath Jayasuriya, Arjuna Ranatunga and Aravinda de Silva. Of the 16 teams who turned up, the only Test sides at full strength were New Zealand, Australia and South Africa, with New Zealand duly winning bronze and South Africa beating Australia in the final to snatch gold medals at the last.

Wisden reported that despite a number of close contests, the experiment was stymied by “afternoon storms, uneven or damp pitches and mismatched sides”. The International Cricket Council did not even deem them official one-day games. Nevertheless, it was believed by many to have been a good thing and although cricket didn’t make the cut for Manchester 2002 hopes were high it would be an integral part of the 2010 Delhi Games.

Think again. The treasurer of the Board of Control for Cricket in India (BCCI), N Srinivasan, announced after a board meeting in 2006: “The BCCI does not want to play 20-20 cricket in the Commonwealth Games. We think that format should not be encouraged.” Two years later the Indian Premier League was launched but it was too late for Delhi and, it turned out, 2014 and 2018, with the ICC rejecting overtures from the Commonwealth Games Federation (CGF).

So to Birmingham 2022. Women’s cricket will make its debut (there will be no men’s tournament), as will what Wisden 1999 wisely called “the so-called third generation quick-fire format”. Or T20. All the games will be played at Edgbaston, in late July and early August, with the hope every team will draw support from Birmingham’s multicultural communities.

This week, the International Cricket Council and CGF confirmed England will qualify automatically as hosts, with six of the other places decided by the world T20 rankings as they stand on 1 April 2021, and one place available for whoever wins the qualifying tournament. Should West Indies qualify at either stage, another tournament will be held to decide which island team will compete.

For women’s cricket it is a huge opportunity, with the games broadcast on the BBC in the UK. Like the Olympics, the Commonwealth Games gives viewers a chance to sit on their sofas with the windows open and the summer streaming in, watching the TV while at the same time broadening their sporting horizons – remember how the country fell in love with netball after England’s final-second Commonwealth Games gold against Australia in 2018.

“I am super-pumped to be involved,” said England’s captain, Heather Knight. “I never thought I’d be involved in a Commonwealth Games. It is going to be a great year for women’s cricket and it is another amazing opportunity for us to reach a new audience with people that might never have ever seen cricket before.

“I know it is a big carrot for some of the older players in the group to try and make it there and try and win a medal, hopefully a gold. That will be a big one, especially in our home country.” 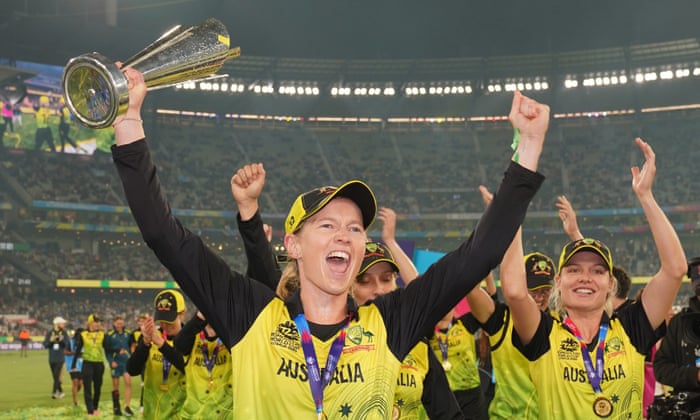 The women’s game faces a frenetic 12 months in 2022. The Covid-postponed World Cup starts that February in New Zealand, followed by the Commonwealth Games and then the T20 World Cup that had been scheduled for November 2022 but has now been pushed to February 2023 in South Africa. England will also visit Australia for the multi-format Ashes.

Before that, though, England are to tour New Zealand in February, possibly for a tri-series tournament. They will then host South Africa and New Zealand in the longed-for summer of 2021 when maybe, just maybe, we’ll be able to cuddle up next to friends on uncomfortable bucket seating, pass around non-sanitised glasses of something tepid yet delicious and watch cricketers go full-throttle without worrying about whether they accidentally spat on the ball.

After all women’s cricket triumphs of recent years – England’s victory in the 2017 World Cup at a Lord’s full of a completely different type of spectator, and the 86,174 fans who crammed into the MCG to watch the T20 World Cup final just before Covid changed the course of 2020 – that would almost be the biggest triumph of all.