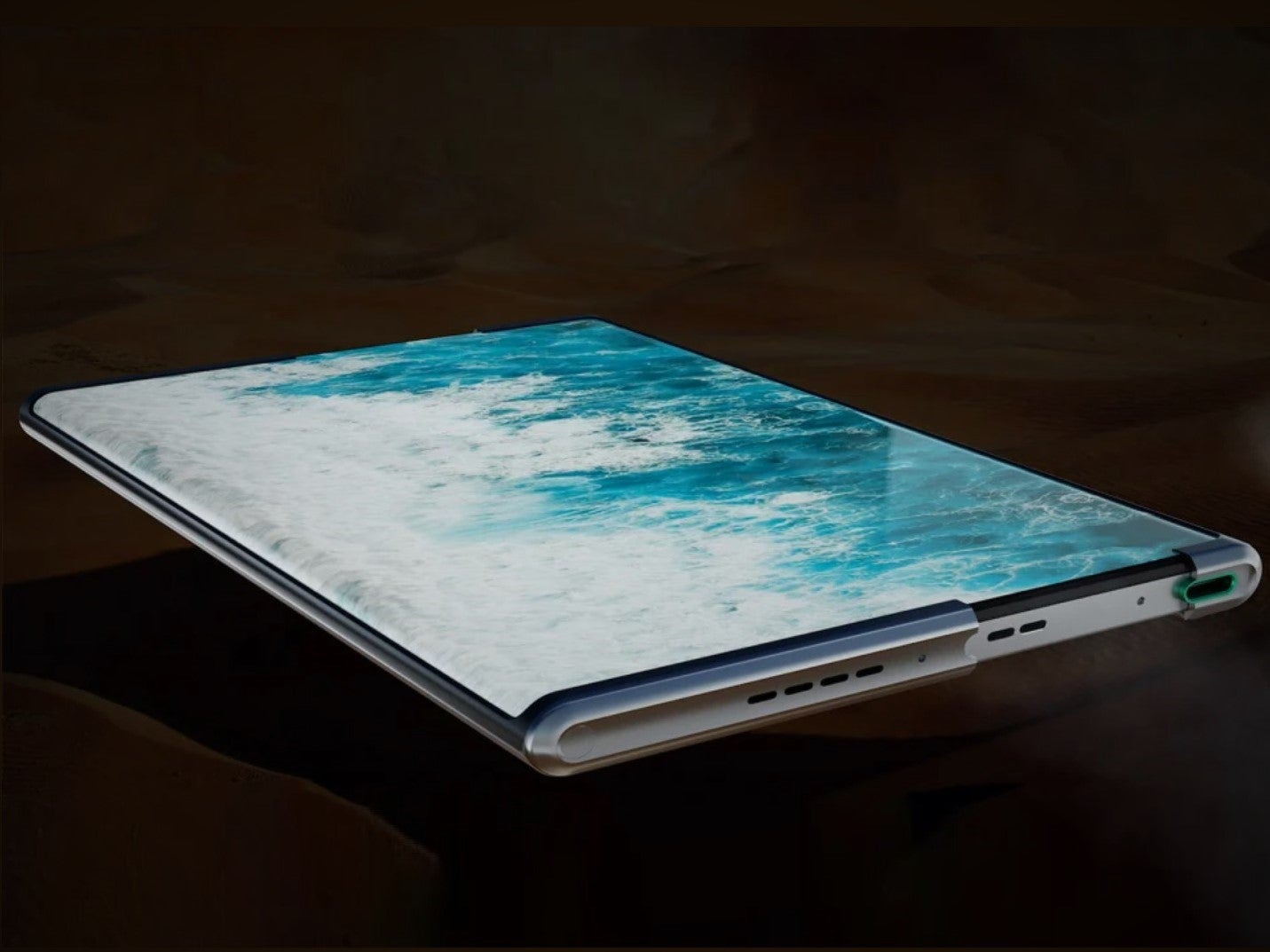 Chinese smartphone maker Oppo has unveiled a device that expands in your hand through a unique roll-up display.

The world’s fifth largest phone manufacturer revealed the Oppo X at its second annual Inno Day 2020 event, making it the first major firm to show off a working prototype of the next-generation technology.

The handset makes use of a “continuously variable OLED display” to transform from a 6.7-inch size phone into a 7.4-inch size tablet.

Custom software allows the Oppo X to adapt seamlessly between each size, allowing users to switch between single-hand usage to tasks and entertainment more suited to a larger screen.

Oppo said the phone relied on 122 patents to build the phone, 12 of which covered the roll-out mechanism.

The proprietary Roll Motor powertrain features two motors to unroll the screen evenly, ensuring that it dies not get damaged or snagged during the transformation process.

Several other companies are also working on extendable and retractable screens, including LG and TCL.

South Korean giant LG has already unveiled a rollable screen within its £68,000 OLED TV R television, however it is yet to deliver a roll-out phone.

The firm’s rollable screen smartphone – potentially called ‘Wing’ or ‘Slide’ – is expected to be unveiled in early 2021.

The Oppo X is currently only a concept phone designed to demonstrate the rollable screen technology.

Levin Liu, head of Oppo Research Institute, did not reveal an exact release date during a demonstration of the phone, saying that it would be introduced “at the right time”.

Oppo’s first smartwatch was unveiled at its first Inno Day even last year, and was released commercially this year.