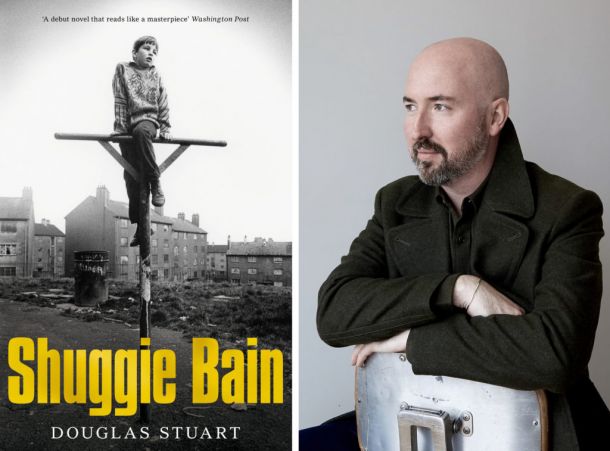 Booker Prize winner Douglas Stuart has said he previously felt there was no place for him in the literary world.

On Thursday, he became only the second Scottish writer to win the prestigious award for his debut novel Shuggie Bain, which was inspired by his childhood in 1980s Glasgow.

The 44-year-old author said he did not think a career in writing was possible because he did not see himself represented in the media or in literature.

He said it was “hard to grow and not see yourself or your people or your community” portrayed accurately by others.

“Never mind just being Scottish and working class, but also queer, seeing none of that reflected in the media or in the written word, I just never felt included or that there was a place for me in the literary world,” he told the PA news agency.

“I’d become to be okay with that, I had come to a point where the writing was the important thing and the publishing I couldn’t control.”

Stuart, who lives in the US, added that the book has “surprised everyone” with how receptive American audiences were to it.

T H A N K Y O U. I am so grateful to @thebookerprizes and the judges for selecting Shuggie Bain as the 2020 Booker winner. It's difficult to express what this honour means in a tweet. So I'm googling skywriters, and I'll let youse know when to look up. https://t.co/IWjgYJ1xmc

Shuggie Bain tells the story of a young boy growing up with a mother who is battling addiction.

“I think we tend to reduce things to where they come from, who wrote them, the tribe that they belong to, how people can relate to it, and truth is that love and hope are universal,” Stuart said.

“At the heart of this book it is really universal themes, people feeling like tomorrow’s not going to be better, people trying to save the person they love the most from their own worst tenancies.

“What’s been remarkable and what’s surprised the publishing industry is how people can respond to Shuggie Bain, how they can see the heart of it, but the heart of it is universal.”

Stuart added that he is currently working on a novel which revisits the characters of his debut novel in a “sweeping queer love story that is divided by territorial gangs”.

Stuart said his Booker Prize win was yet to sink in and is “beyond anything I could have hoped to expect”.

“I think the magnitude of it will start to sink in over the next couple of weeks,” he said.