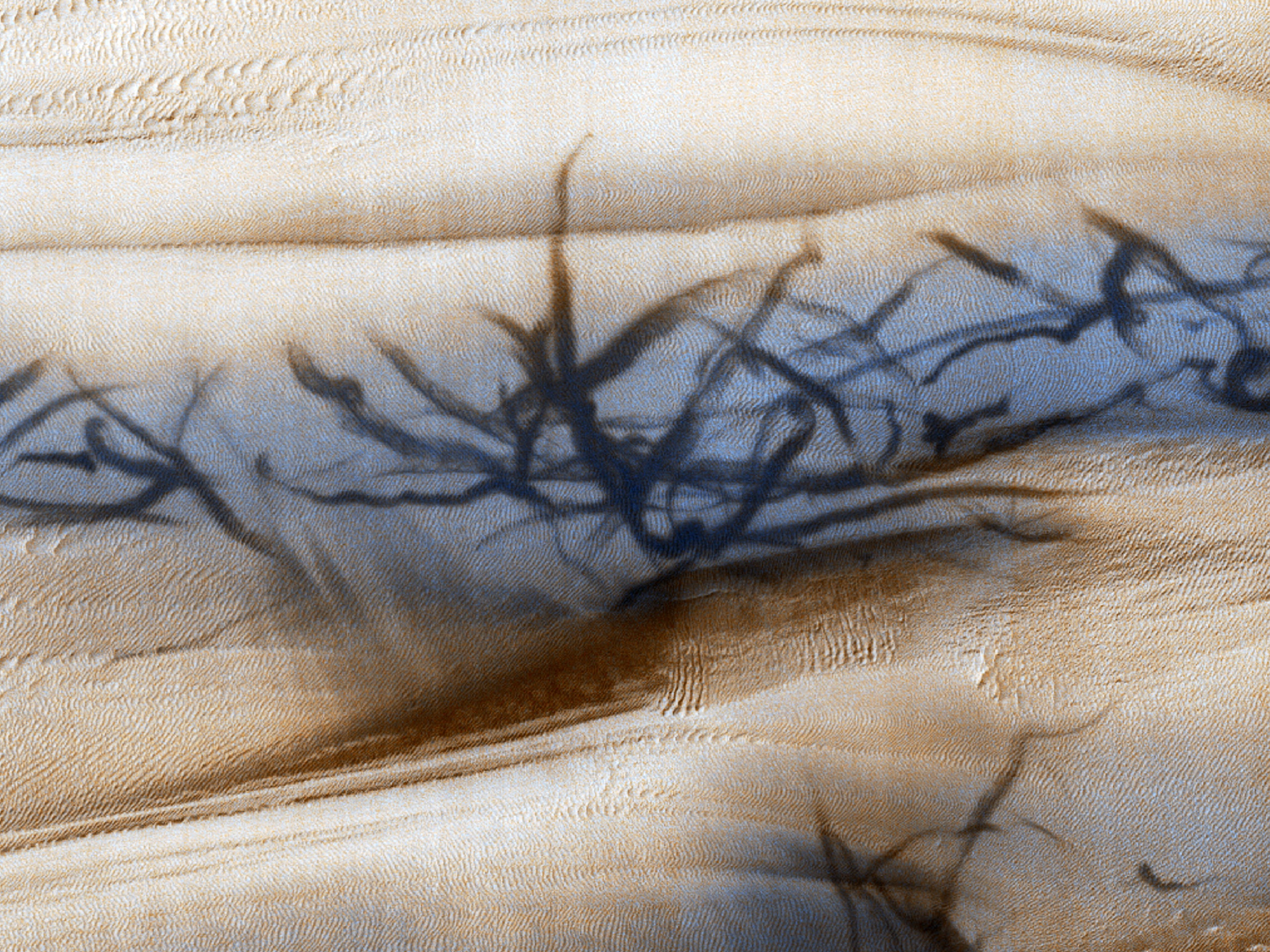 A Nasa spacecraft orbiting Mars has captured strange claw-like marks on the surface of the planet, revealing more details about a meteorological phenomena.

The images, gathered by Nasa’s Mars Reconnaissance Orbiter, show the tracks of dust devils across dunes in Galle Crater – also known as the “happy face crater” due to the positioning of mountain clusters within it.

Martian dust devils were first discovered in 1985 by the Viking Orbiter and have since been studied in order to better understand the climate of Mars.

“On Mars as on Earth, dust devils are whirlwinds that result from sunshine warming the ground, prompting convective rising of air that has gained heat from the ground,” Nasa explained.

“Observations of Martian dust devils provide information about wind directions and interaction between the surface and the atmosphere.”

Unlike tornados, dust devils occur on sunny days and are not typically associated with storms.

Nasa has previously observed dust devils reaching up to 20km in height.

The unusual formations are the result of darker dust beneath a lighter surface dust being churned up by the whirlwinds.

“Our goal is to monitor dark dust devil tracks on bright dunes that have an odd distribution in Galle Crater,” stated a description of the images on the University of Arizona’s website.

“The dunes look wind eroded (striations or layering?) with gullies coming off the southern dunes. Color contrast of between dunes and dust devil tracks may provide information to understand dune formation and dust devil initiation.”

Studying dust devils can inform scientists of surface changes on Mars and give an indication of weather patterns.

Understanding how dust moves on the surface can explain how and where dunes may form, allowing space agencies and companies to better plan landing sites and even potential areas to establish future colonies.