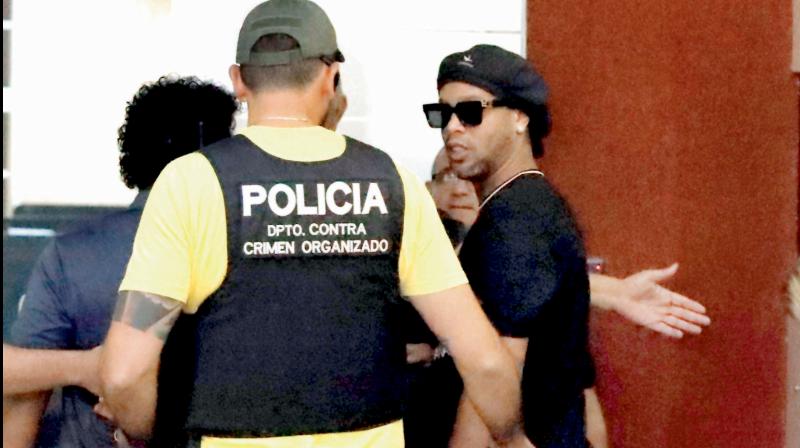 Asuncion: Former Brazilian football star Ronaldinho said on Monday that his arrest and subsequent house arrest in Paraguay for using a false passport was "a very hard blow".

"I would never have imagined myself in such a situation," said the former Barcelona and Paris Saint-Germain striker in an interview with the Paraguayan newspaper ABC.

Ronaldinho and his brother Roberto de Assis Moreira are accused of entering Paraguay in possession of false passports.

"I was completely caught off guard when I found out that these passports were not valid," Ronaldinho said in his first public statement since his arrest two days after arriving in Asuncion at the beginning of March.

After more than a month behind bars, the 2005 Ballon d'Or winner and his brother paid bail of $1.6 million (1.48 million euros). Since April 7 they have been under house arrest at the Palmaroga Hotel in the historic centre of the Paraguayan capital.

Ronaldinho said he hopes to be released "as soon as possible" after cooperating with the Paraguayan police investigation.

"We came to participate in the launch of an online casino and the publication of my autobiography with the company in charge of exploiting the rights for Paraguay," he said.

He said he was originally scheduled to be back in Brazil on March 7 for his son's birthday.

"The first thing I would do once I leave Paraguay is to go and give my mother a hug and then digest what this situation has generated," said Ronaldinho, who turned 40 on March 21.

Ronaldinho and his brother face up to five years in prison if found guilty.