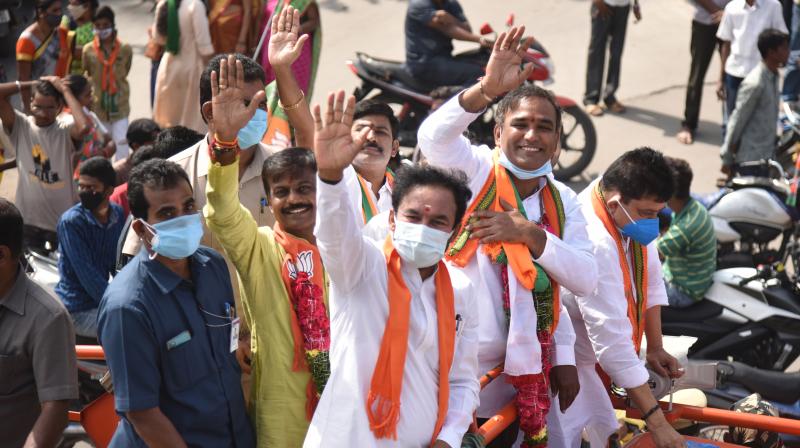 HYDERABAD: Minister of state for home G. Kishan Reddy on Tuesday stated that Chief Minister K. Chandrashekar Rao constructed his luxurious Pragathi Bhavan within six months but was not able to complete the double bedroom houses for the poor, despite it being his pet project.

Participating in road shows at Malkajgiri, the minister pointed out that the TRS had failed to honour its promise and till date they have not allotted even 1,000 houses in Hyderabad.

Kishan Reddy alleged that the state government was giving Rs 10,000 to flood victims but TRS leaders were collecting half of that amount from the beneficiaries. Reddy accused TRS of resorting to money power to retain control of the GHMC as their ego was dealt a major blow in the Dubbak byelection.
He said that Kalvakuntla and Owaisi families were on their way out and this alone can ensure better development of Hyderabad and Telangana state. The BJP will win the GHMC elections and provide a corruption-free administration to the civic body. He appealed to the people to elect BJP corporators to enjoy better living conditions.

He said after the GHMC election results, IT minister K.T. Rama Rao will pack his bags and head for the United States.