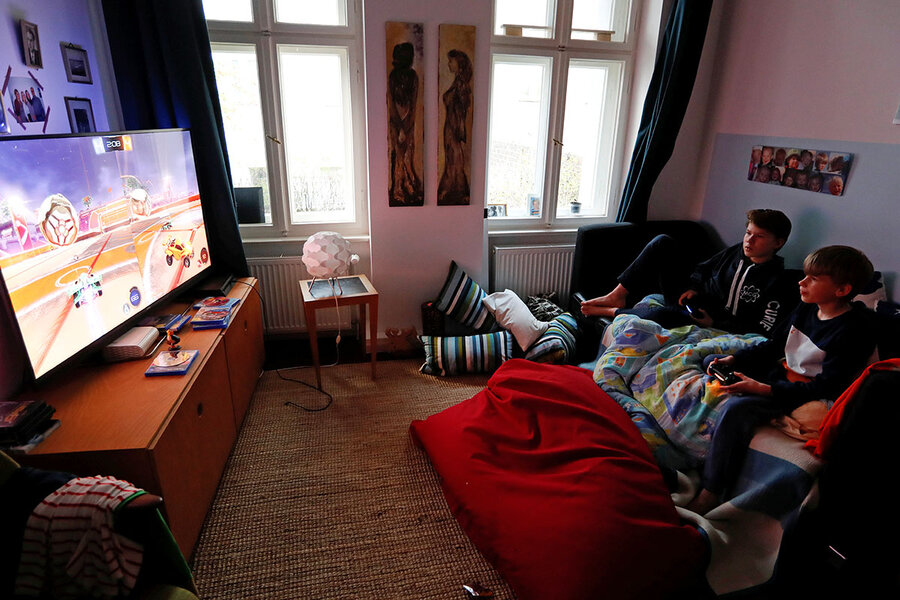 There’s no way to pinpoint the number of gamers learning English, Dr. Reinhardt says, but he estimates there to be “at least a couple hundred million who are thinking about it,” based on the number of young gamers to English language learners. “It’s just far more popular and far more widespread than we realize,” he says.

The pandemic has seen the gaming community grow. The percentage of players who call themselves “serious gamers” increased from 63% to 82% during the pandemic, according to a study by strategy and marketing firm Simon-Kucher & Partners. The group also found that people are gravitating toward more interactive, time-consuming games, with 60% reportedly opting for more multiplayer games during the spring lockdowns.

All that gaming has an impact on language comprehension. A 2017 peer-reviewed study published in CALICO Journal found that of young Danes who played video games in English, those who did so regularly outside school scored higher on English vocabulary tests than their peers who did not.

With video games, “all of a sudden English becomes an instrument; something that’s very useful for them in order to progress in the game,” says the author of the study, Signe Hannibal Jensen, assistant professor in the department of language and communication at the University of Southern Denmark. This shifts kids’ focus from “learning to learn,” as in a classical school setting, to “learning to play.”

It makes sense that “the very things that we can’t drag out of students in school are the kinds of things that they’re doing for fun on their own in online extramural environments,” says Steven Thorne, a professor of second language acquisition at Portland (Oregon) State University and of linguistics at the University of Groningen in the Netherlands. “You’re sharing an activity. You’re sharing a passion,” he says.

The language learning isn’t confined to English. From internet-spotty central Pennsylvania, Fiona Girotti explains how her love of K-pop led her to download an online gaming platform she uses to learn Korean. She says learning grammar online is tough, and gaming isn’t a direct replacement for in-person instruction. “But you get good at conversations and sentences, things you can say to anyone.”

And her online language practice is working. When Ms. Girotti listens to K-pop now, she can understand many of the lyrics. It’s not really the same as being in class, though, she says – “of course, classes are structured,” so “when you’re just me, [learning independently], you don’t really understand the grammar.” She uses a grammar app on her phone to figure out tricky sentence construction.

Dr. Thorne notes that video games are not a perfect solution. Some gaming environments “are very language heavy and language rich, others don’t really require much language at all,” he says. And gaming isn’t always virtuous, he cautions – players can become addicted, and some games can promote extreme violence.

But, combine a quality, communication-dependent game like “World of Warcraft” – Dr. Thorne’s choice – with the 15 hours a week kids spend gaming, and learning will come out of that, he says.

In the future, video games might become a more utilized option among the tools language learners already use, including phone apps, podcasts, YouTube videos, and in-person instruction. Dr. Reinhardt says it makes sense that gaming would increasingly seep into more formal classroom settings. “What we’re going to see is a generation of people who grew up with games and recognize inherently their potential as learning objects,” he says. “They have the skills and the abilities to build these sorts of things.”

Mr. Rodriguez, the Boston College student, has moved on to learning a third language, Korean, and created several language-learning groups on Discord, a popular online platform where gamers connect. “I wanted to create that safe space … where people can come on, they can check out resources they like and really just, you know, grow.” His online group Korean Language Exchange has 690 members who game or just practice Korean together.

He says that school was sometimes “tedious” when he was younger. “When it comes to video games, they engaged me. … I guess that engagement is what’s important, you know, when people want to learn languages.”