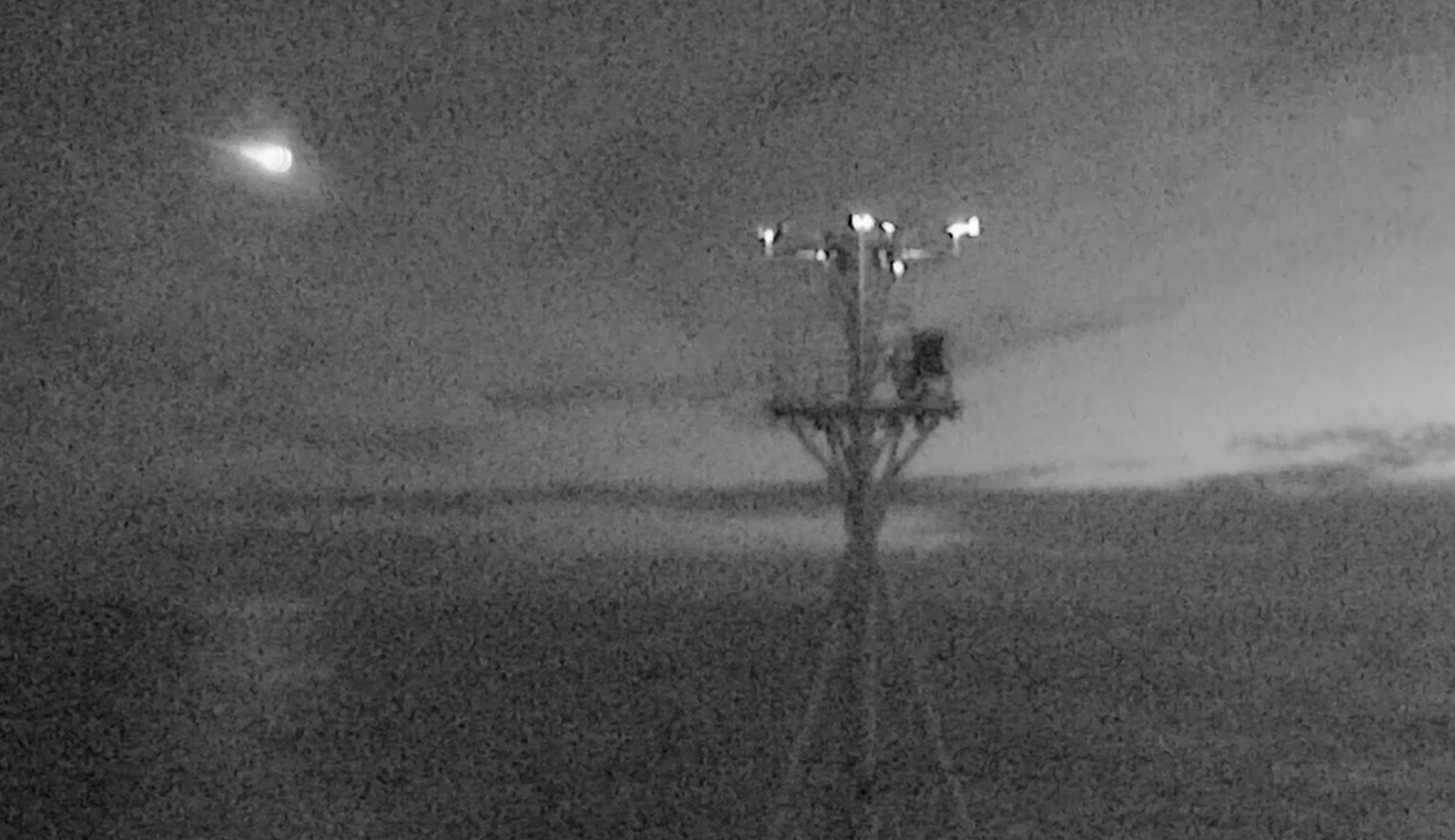 Incredible footage of a meteor breaking up over the southern coast of Tasmania has been captured by researchers.

At the time, the vessel was mapping the seafloor of the Tasman Sea, conducting oceanographic studies and running trials for marine equipment.

“What we saw on reviewing the livestream footage astounded us, the size and brightness of the meteor was incredible,” said CSIRO Voyage Manager John Hooper, who was on board the vessel at the time.

“The meteor crosses the sky directly in front of the ship and then breaks up – it was amazing to watch the footage and we were very fortunate that we captured it all on the ship livestream.”

The video was captured by the ship’s livestream camera; while there were numerous eyewitness sightings, this is believed to be the only footage of the meteor available. Moreover, there are no reports of the space debris by The International Meteor Organization.

“Cameras are everywhere, in our pockets and around our cities, but they have to be pointed in the right place at the right time – RV Investigator was in that place and time,” Glen Nagle from CSIRO Astronomy and Space Science, said.

Over 100 tonnes of natural space debris enters the Earth’s atmosphere every day. One particularly low-flying asteroid missed the Earth by only a few hundred miles – on Friday the 13th.

The asteroid, which passed by the Earth 400 kilometers (240 miles) away – approximately the same distance that the International Space Station – was not noticed until the next day.

Another asteroid worth $10 quintillion, which is 10,000 times more than the 2019 global economy, has also been found. It could shed light on the formation of the solar system due to being comprised almost entirely of metal, and may be unique in its makeup.