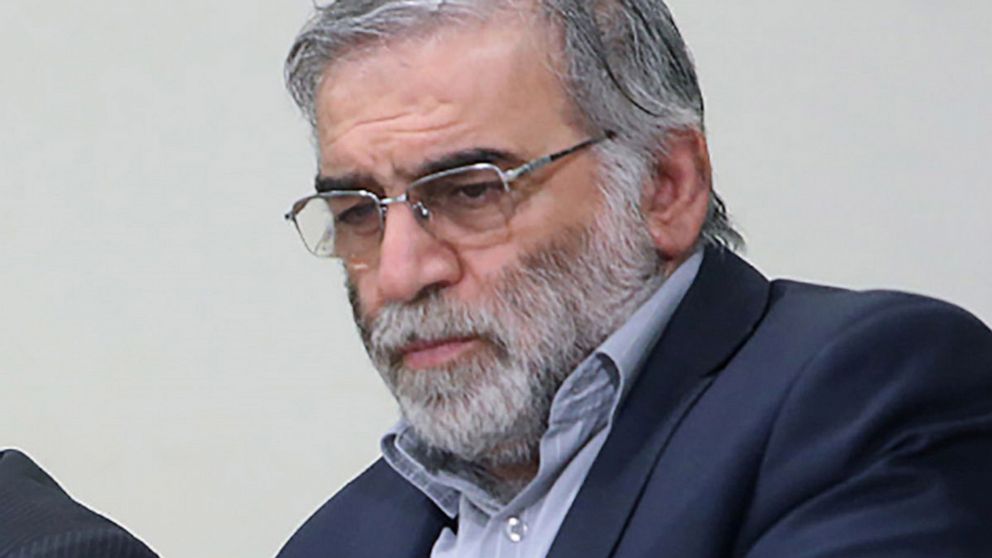 One of Iran’s most prominent scientists was killed in an apparent assassination on Friday, according to Iranian authorities.

Iran Defense Minister Gen. Amir Hatami said that Mohsen Fakhrizadeh, a deputy defense minister and the head of the Iranian army’s research and defensive innovations, was killed outside of Tehran as a “target of a terrorist operation.”

“At first, the car carrying him was shot at, and about 15 seconds later, a Nissan pick-up truck that was loaded with explosives blasted about 15 to 20 meters away from his car,” Hatami said. “He was severely injured and taken to a hospital as well as two others who were with him.”

While no one has claimed responsibility for the killing, the incident has brought out a full response from Iran’s top officials, including the country’s foreign minister, Mohammad Javad Zarif, who pointed the finger at Israel.

Iran accused Israel of complicity in the killing of four Iranian nuclear scientists between 2010 and 2012, though it was never confirmed. Israeli Prime Minister Benjamin Netanyahu mentioned Fakhrizadeh by name during a 2018 presentation about Iran’s nuclear program, during which he alleged there was material stolen by Israel from an Iranian nuclear archive.

“A key part of the plan was to form new organizations to continue the work,” Netanyahu alleged at the time. “This is how Dr. Mohsen Fakhrizadeh, head of Project Amad, put it. Remember that name — ‘Fakhrizadeh.'”

Fakhrizaseh was 59 years old. He had been added to the U.S. sanctions list against Iran in 2008, and additional sanctions were placed on his research organization last year. He used to teach nuclear physics at the Imam Hossein University, a military university in Tehran.