Thousands of people across France took to the streets to protest and demand a free press after a video of police beating a Black music producer sparked anger about a draft law that is seen as curbing the right of journalists to report on police brutality. In Paris, protesters set street furniture on fire and clashed with police as they tried to block access to certain streets. In Lille, Rennes, Strasbourg and other cities thousands more protested against the draft bill that makes it a crime to circulate images of police officers in certain circumstances, which opponents say limits press freedom. 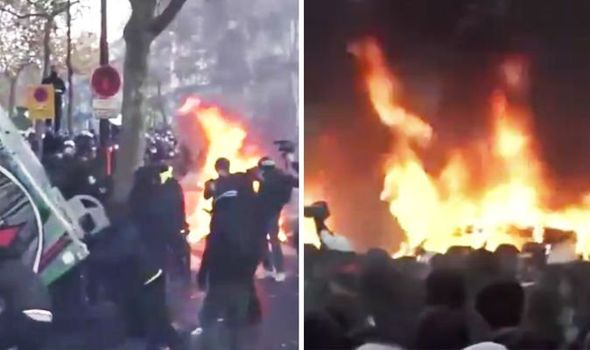 Many carried placards with slogans like “Who will protect us from the police”, “Stop police violence” and “Democracy bludgeoned”.

A witness tweeted: “PARIS – Street furniture serves as a shield. The police are forced to back down.”

The marches were organised by journalists’ organisations and civil liberty groups and were joined by extreme-left militants, environmental activists and yellow vest protesters, who have been protesting against government policies for two years.