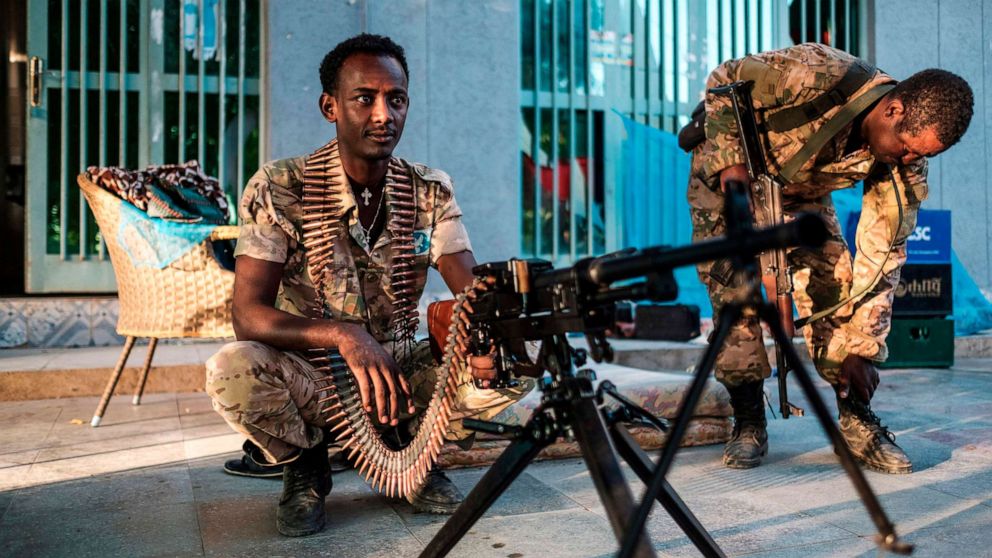 Ethiopian Prime Minister Abiy Ahmed announced the end of military operations in the northern Tigray region after saying it was in “full control” of the regional capital, Mekelle, on Saturday.

However, there was no immediate official comment on Saturday from forces loyal to the Tigray People’s Liberation Front, who have been fighting federal troops for more than three weeks. Sources with the TPLF told ABC News that they decided to leave the city before the arrival of Ethiopian forces and called their move a “tactical retreat.”

The move spares urban combat that would be devastating to civilians, thousands of which have already fled to neighboring countries, but also possibly sets up protracted guerrilla warfare in the region.

The TPLF said that also the Eritrean army attacked them from the north and forced political refugees of Eritrean origin to go back to their country. They complained that the Eritrean army was stealing resources from Tigray and taking them to Eritrea.

“The federal government is now fully in control of the city of Mekelle,” Abiy said in a statement posted on his Twitter account.

“I am pleased to share that we have completed and ceased the military operations in the Tigray region,” he said in another tweet. “Our focus now will be on rebuilding the region and providing humanitarian assistance while Federal Police apprehend the TPLF clique.”

“I doubt that TPLF nor a sizable share of the Tigray population will accept a coercively imposed government and a party which do not have any recognizable base in the region,” Kjetil Tronvoll, a scholar of Ethiopian politics at Bjorknes University College in Norway, told ABC News. “So, sadly, this will likely lead to a new phase of resistance and guerrilla warfare.”

Pope Francis was among those appealing for peace Saturday.

“I invite everyone to pray for Ethiopia where armed clashes have intensified and are causing a serious humanitarian situation,” he tweeted. “I appeal to the parties in conflict so that the violence might ceases life may be safeguarded and the populations can regain peace.”

The TPLF and Ethiopian government stopped speaking after the TPLF officially challenged the authority of Abiy on Oct. 30. Abiy is an Oromo — Ethiopia’s largest ethnic group — and is in favor of a strong centralized government for Ethiopia. The TPLF deems that regions should be given more autonomy.

Abiy’s declaration of victory over the TPLF followed a statement from Ethiopian army chief Gen. Birhanu Jula, who was quoted by the Ethiopian Broadcasting Corporation as saying that government forces “completely controlled Mekelle.” He also added that 7,000 members of the army’s Northern Command, who were held hostage by the TPLF, had been freed.

Earlier in the day, TPLF leader Debretsion Gebremichael had said Mekelle, a city of half a million people in the country’s north, was under “heavy bombardment.” A diplomat in direct contact with residents also said federal forces had begun an offensive to capture Mekelle.

Claims from both sides are difficult to verify since phone and internet access tin Tigray have been cut and access has been tightly controlled since fighting began on Nov. 4.

The government had given the TPLF an ultimatum that expired on Wednesday to surrender or face an assault on the city. But a TPLF official told ABC News earlier this week that the fall of Mekelle would not spell the end of their fight. They think there is no military solution to the conflict, but only a political settlement.

Hundreds of people are believed to have died in the conflict between the TPLF and Ethiopian government forces, according to the U.N. and nongovernmental organizations. At least 43,000 Ethiopian civilians have already fled to neighboring Sudan, a refugee stream that the U.N. fears could quickly become a flood. Sudan said it was making preparations for up to 200.000 refugees.

Abiy accused the TPLF of starting the war by attacking federal troops at a base in Tigray. The TPLF said the attack was a preemptive strike.

The TPLF led a movement that came to power in 1991 after overthrowing the Communist government of Mengistu Haile Mariam and established a multi-ethnic coalition that was dominated by ethnic Tigrayans for decades.

That changed in 2018, when Abiy took office after mass anti-government protests. Since then, TPLF leaders have complained that they have been unfairly targeted, marginalized and blamed for the country’s problems.

“The Nobel Peace Prize has until recently shielded Prime Minister Abiy Ahmed from international scrutiny and criticism,” said Tronvoll. “However, the warfare on Tigray have opened the eyes of many diplomats to the way political power is wielded in Ethiopia.”

“It remains to be seen whether the Nobel Prize may still serve as a deflecting shield for the call for independent and international investigation into possible war crimes and alleged widespread human rights violations in many regions of Ethiopia,” he added.

Tibor Nagy, assistant secretary for the U.S. Department of State’s Bureau of African Affairs, tweeted on Saturday, “Fighting and shelling in the Mekele area are a very grave concern. We urge an immediate end to conflict and restoration of peace in Tigray. Civilians must be protected and humanitarian access provided to aid those in need.”