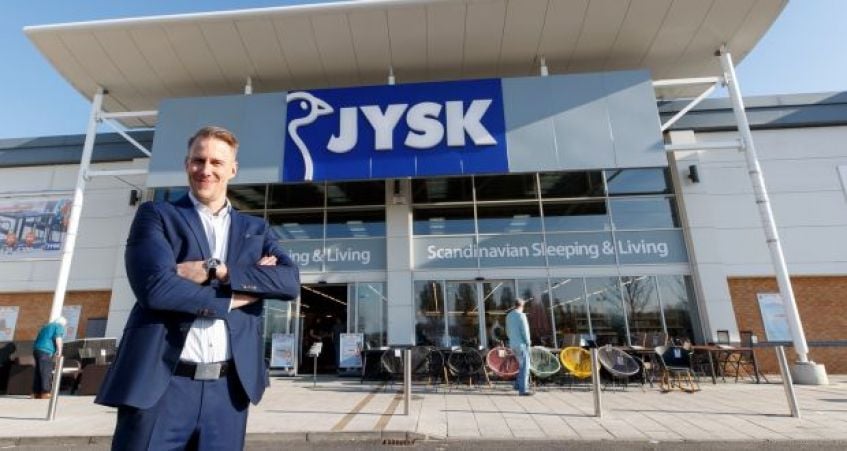 The largest Danish retailer operating globally, JYSK, has announced record results in the UK and Ireland during the financial year with sales of €41 million despite the impact of the Covid-19 pandemic.

The sales in Ireland and the UK represent an increase of 74 per cent, JYSK does not announce individual results for the Irish or UK market.

The sales for this year represent a €2.9 million increase on last year’s results.

Online orders account for 24 per cent of the company’s sales and 860,000 customers made a purchase this year, an increase of 55 per cent.

JYSK opened its first store in Ireland in 2019 and it now operates nine stores with 112 employees.

We are very confident in both the UK & Ireland market and we will aggressively continue with our expansion plans over the next 12 months.

The company operates more than 2900 stores in 51 countries and announced a global turnover of €4.1 billion this year.

The company has said it is pleased that it did not have to make any redundancies or staff layoffs despite store closures as a result of the pandemic. Increasing sales and improving trends, as the year progressed, has led to an increase in the number of employees since stores reopened during the summer.

Country manager for JYSK UK & Ireland Roni Tuominen said the results will allow the company to push forward with expansion.

“We are very confident in both the UK & Ireland market and we will aggressively continue with our expansion plans over the next 12 months. The appetite is there for home furnishing products amongst our customers, perhaps now more than ever with so many of us spending more and more time at home.”