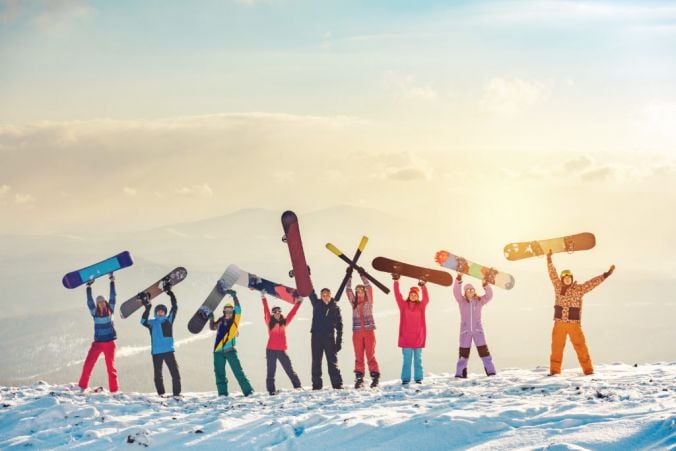 It almost goes without saying that ski resorts are having a rough 2020, so it’s high time the World Ski Awards gave a few worthy winners some much-needed good news. Allotted by a judging panel as well as a public vote, here are the hotels and hospitality venues that came out top of the class.

The big beast of Alpine ski resorts, Val Thorens has scooped this award seven years out of the last eight, and may well continue to do so in years to come. Europe’s highest resort – 2,300 metres up at the head of the Belleville Valley – it’s known for world class winter vistas and serving up slopes suitable for first-timers, just as much as seasoned pros.

Purpose-built in the 1970s, initially in a barren, brutalist style, the resort spent the ensuing decades developing into one of the world’s most sophisticated ski spots, serving up trendy bistros as well as pricey, Michelin-starred dining.

Blending classic Alpine cosiness, with contemporary – almost urban – design, this upmarket establishment sprawls across several giant wooden chalets decked out with glass ceilings and modern art. Set in Verbier’s central square, the W Hotel is ski-in ski-out, and proudly boasts that it has access to over 400 kilometres of slopes and hiking trails.

Each of the 123 rooms comes with a fireplace and private balcony looking out over the cable cars, plus access to a massive spa sporting saunas, whirlpools, and a swimming pool that straddles indoor and outdoor. To state the obvious – it isn’t cheap.

Perched on a mountainside overlooking the resort town of Zermatt, this ultra-high-end chalet manages to be marvellously decadent without losing its snug feel, while the all-glass front yields panoramic views stretching all the way to the sky-piercing Matterhorn.

The level of luxury is frankly ridiculous. Spread across six floors, the facilities include a library and swimming pool, while bedrooms come with designer bathrobes and, in one case, an ensuite jacuzzi. It almost seems a strange place for a skiing holiday, as the underfloor heating, remote-controlled lighting, and full complement of private staff mean there’s no reason to get off the sofa, let alone hit the slopes.

Yep, this is a thing, and Dubai prides itself on having one of everything, even if that means skiing in the middle of the desert. Ski Dubai became the first ski resort in the Middle East when it opened in 2005, and lives in a staggeringly large complex just south of downtown.

The slopes are the headline act, but there’s also a snow park comprising sledding and tobogganing runs, giant snowballs, an ice cave, and a small population of captive gentoo penguins. It’s a little low on mountain views, but you’ll never be short of skiable snow.

It’s been a sceptical year for new hotels, and the Park Hyatt Niseko Hanazono had a lot more to worry about than snow quality when it threw open its doors in late January. This award will be much-needed good news for the upmarket outlet, which offers snow sports during winter, and hot springs, high-end cuisine and stunning scenery all year round.

Found in the mountain town of Niseko on Japan’s second largest island Hokkaido, the ski-in ski-out resort leads directly onto the famously pristine powder of the Annupuri ranges, and has a particular penchant for putting on weddings.