The fascist dictator’s body was discovered by the Red Army near his Fuhrerbunker after they stormed central Berlin. Hitler is said to have killed himself by using the “pistol-and-poison method” of combining a dose of cyanide with a gunshot to the head. His wife, Eva Braun – who he had married hours earlier – also killed herself by biting into a capsule of cyanide, which had been tested on their dog Blondi the day before.

The German Shepherd was given to Hitler as a gift from Nazi Germany chief Martin Bormann, and the dictator is said to have immediately taken a shine to her.

She wrote in 2006: “Hitler was frantically devoted to his German shepherds.

“Blondi, the favourite, was a beautiful and intelligent pedigrees bitch. 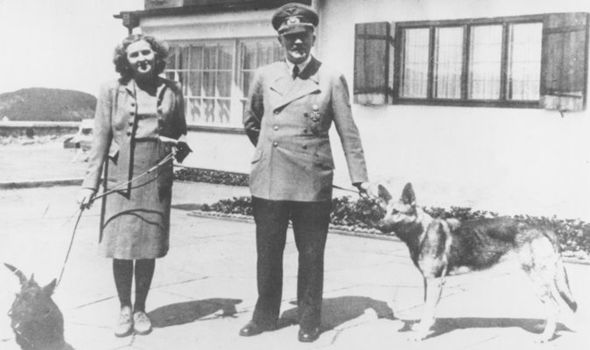 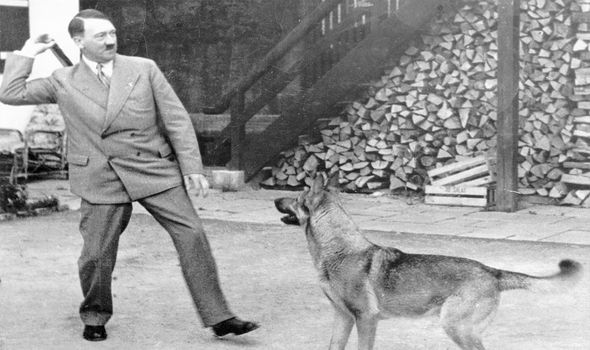 “People at [Hitler’s residence] were fond of saying he loved her better than Eva and he was more publicly demonstrative to his dog, hugging and kissing her.

“He had taught Blondi a number of tricks and delighted in showing off her prowess.

Erna Flegel, one of only two survivors from Hitler’s Fuhrerbunker, claimed in 2005 the death of Blondi had a bigger impact than the death of Eva on those inside the lair.

Despite his love for her though, it is said that Hitler would also whip the animal brutally to punish her for disobedience. 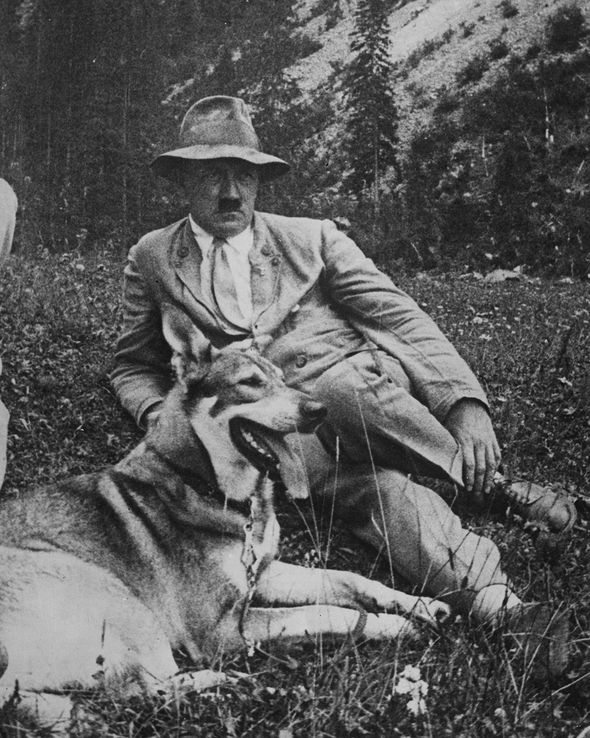 And immediately after leaving her whimpering, Hitler “would go back to fawning over her as if nothing happened”.

Hitler was reportedly very fond of Blondi, keeping her by his side and allowing her to sleep in his bed.

This affection was “not shared by Eva Braun”, Hitler’s companion, and later his wife, who “preferred her two Scottish Terrier dogs” named Negus and Stasi.

According to Hitler’s youngest secretary Traudl Junge, Eva “hated” Blondi and was known to kick her under the dining table.

But Blondi was not the only dog that died in the bunker, after it was revealed she also had a litter of five puppies. 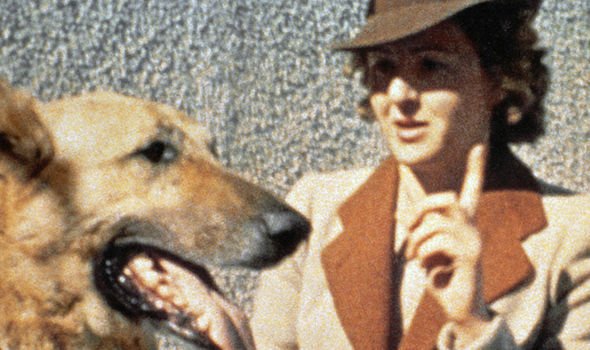 Four of their names are unknown, but Hitler named his favourite one Wulf, after his own nickname.

All of them were shot dead by Hitler’s dog trainer Fritz Tornow.

Blondi had played a role in Nazi propaganda by portraying Hitler as an animal lover.

Dogs like Blondi were coveted as “germanischer Urhund,” being close to the wolf, and became very fashionable during the Third Reich. 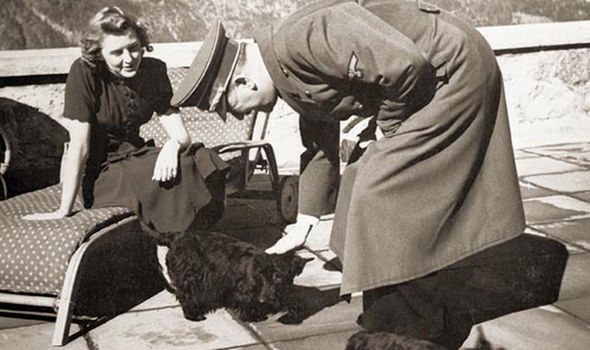 Hitler had great affection for the dog, and when he was not on duty at the front, he would spend much of his free time playing with the dog in the barracks.

Hitler was profoundly distraught when he lost him.

He had been given a German Shepherd before named “Prinz” in 1921, during his years of poverty, but he had been forced to lodge the dog elsewhere.

However, she managed to escape and return to him.

Hitler, who adored the loyalty and obedience of the dog, thereafter developed a great liking for the breed.

‘The Lost Life of Eva Braun’ is published by Arrow and available to purchase here.