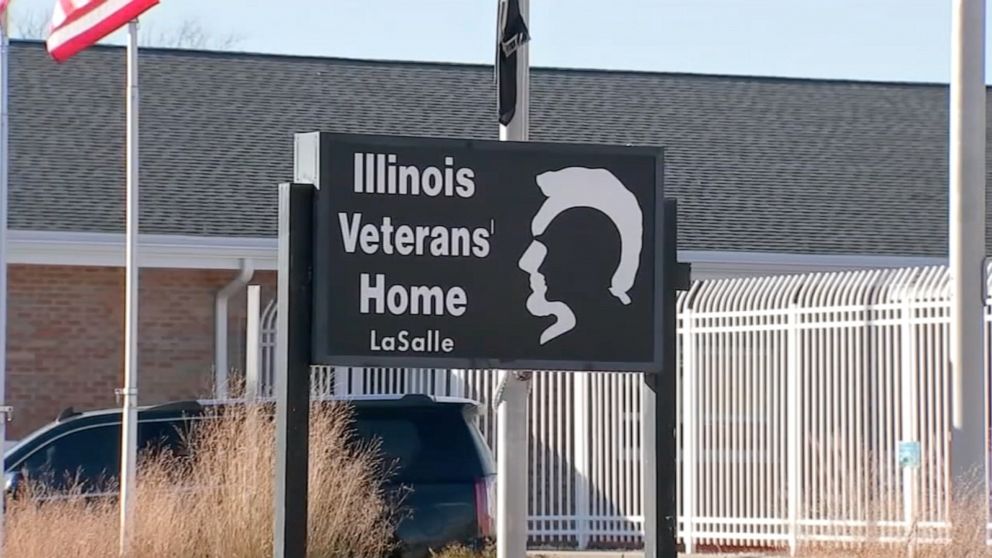 Staff working while COVID-19 positive, ineffective hand sanitizer and poor PPE practices were some of the concerns raised during the investigation of an outbreak at an Illinois veterans home that has killed 27 residents.

The Illinois Department of Veterans’ Affairs said Tuesday it has ordered an independent investigation of the circumstances surrounding the outbreak at the Illinois Veterans Home at LaSalle, which has infected 105 residents and 95 employees so far.

The announcement follows two reports and a hearing Tuesday by the Illinois state Senate’s Veterans Affairs Committee, during which the issues came to light.

The outbreak was initially discovered after a resident undergoing a hospital procedure on Nov. 1 was found to be COVID-19 positive, one of the reports said. By around Nov. 3, surveillance testing results identified two positive staff members and 22 residents, the report said.

On Nov. 12, officials from the Illinois Department of Public Health and Department of Veterans’ Affairs visited the home. At the time, there were 157 confirmed cases among residents and staff, and seven residents had died, the report said.

The site visit raised several concerns, according to the report, including alcohol-free hand sanitizer — not effective in killing the virus — stocked throughout the facility. “This could have significant impact on the transmission of COVID-19 within the facility,” the report said.

Staff members were also observed eating within 6 feet of each other, wearing personal protective equipment in an administrative area and touching patients and surfaces without changing gloves or “performing hand hygiene,” according to the report.

The report also recommended that social gatherings be avoided during times of high community transmission, after several employees who attended a Halloween party tested positive for COVID-19.

A subsequent visit on Nov. 17 found that many of the issues were resolved, according to a follow-up report.

State officials raised additional concerns following Tuesday’s Senate hearing, during which Illinois Department of Veterans’ Affairs chief of staff Anthony Kolbeck said the department had found five cases where employees went to work after being notified that they had tested positive for COVID-19.

“They’re the only person there for that position. If they went home it would create another issue. They volunteered to stay,” Kolbeck said during the hearing.

“The idea that COVID positive staff was allowed to continue working in the home is alarming and unacceptable,” state Sen. Sue Rezin, whose district includes the veterans home, said in a statement.

“The Governor’s Department of Public Health waited 11 days to show up on-site, which caused significant delays in correcting infection control deficiencies leading to this fatal outbreak,” Schimpf said in a statement.

Illinois Department of Veterans’ Affairs Director Linda Chapa LaVia said during the hearing that the facility’s staff acted “as quickly as they could.” She also noted the high level of transmission in the county, saying it was “no coincidence” that cases within the home began to rise as cases rose in the community.

As of Tuesday, LaSalle County’s positivity rate was 20.8%, the department said.