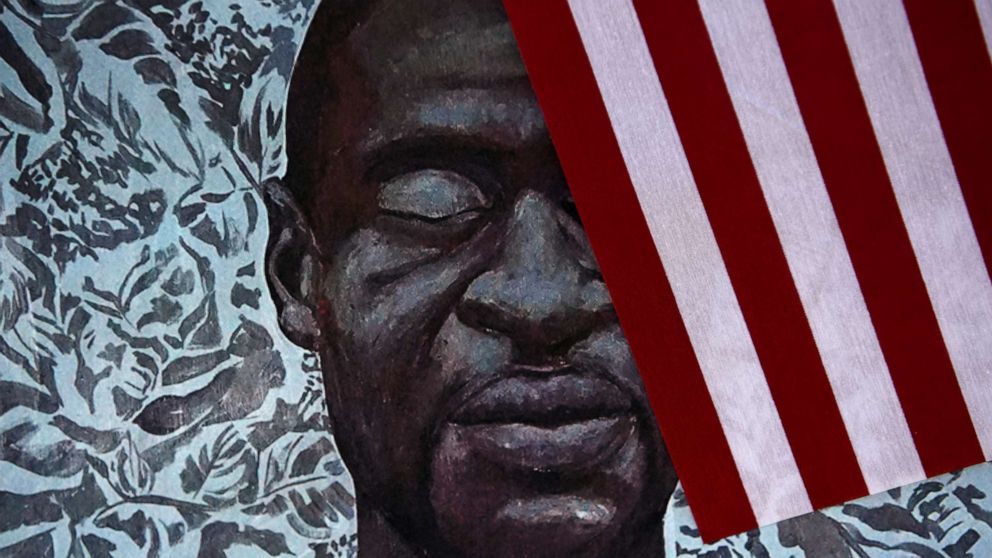 I was sitting out on the balcony of my downtown Los Angeles apartment when a parade of armored vehicles began rolling down Figueroa Street in the middle of the afternoon. It was June 1. George Floyd died in police custody on May 25. During the week in between, the streets were engulfed with protests, vandalism, looting and violence.

It’s ridiculous to watch an officer with his knee on an unconscious man’s neck and then suggest the violence in the streets began after the fact. But then we’ve never been willing to have honest conversations about race relations in this country, have we? It’s messy and a bit uncomfortable. We’d rather frame the hostility toward undocumented migrant workers as “economic anxiety” because “racism” makes people feel icky. When videos like George Floyd’s go viral, there’s a rush to publicize every crime the deceased has been accused of in an effort to justify the crime we all witnessed.

But this is what we do, is it not?

We create space for “the Civil War was about state’s rights” argument so Confederate flag bearers can avoid thinking about slavery. We greet Christopher Columbus’ atrocities with talk of the proverbial slippery slope. We tell Native Americans the Tomahawk chop is about their favorite team and has nothing to do with them.

It’s been six months since George Floyd was killed and while there are certainly areas of improvement we can point to, I can’t overlook the fact President Donald Trump tried to scare white people with the threat of minorities living in the suburbs next to them, gave a white supremacy group a shoutout on the debate stage and the country rewarded him for this behavior with the second most votes in election history. I am happy to see the NFL make strides in terms of using its platform to address inequities, but Colin Kaepernick still hasn’t been called for a tryout despite the rash of injured quarterbacks. I am disappointed to see the only officer charged with a crime in the death of Breonna Taylor got into hot water for missing when he fired his gun.

True, a number of municipalities have banned chokeholds and the use of tear gas. There are conversations about “defunding the police,” which is about redirecting funds toward areas to support disenfranchised communities such as child care and paying for mental health professionals as opposed to escalating the presence and militarization of law enforcement. No knock warrants— like the one that led to Taylor’s death— are now banned in Lexington, Kentucky. There’s a lot of good that has come since Floyd’s death.

But before we rush to congratulate ourselves, we need the courage to be honest about where we truly are. White elected officials were heard purposely mispronouncing Vice President-elect Kamala Harris’ name, a clear attempt to “other” her the way the birther movement tried to paint President Barack Obama as not one of us. It’s hard to wax poetic about the victories over the last six months when Republican leaders talk casually about auditing the votes coming specifically from predominantly Black and brown communities, like a conversation ripped from the pages of the Jim Crow era.

Yes, we have more allies willing to speak out against racial injustice, and that’s fantastic. But there was a part of me that hoped seeing the Floyd or the Jacob Blake video would trigger a universal disdain for injustice. Instead, I see certain political circles having more empathy for Kyle Rittenhouse, the 17- year-old charged with killing two protestors with an illegally obtained rifle, than 17-year-old Trayvon Martin who was armed with a bag of Skittles before being killed by George Zimmerman. One gets characterized as a good kid who made a mistake, the other a trouble maker who got kicked out of school for marijuana as if that somehow justifies his murder.

Because of the pandemic, downtown L.A. had already become somewhat of a ghost town when the 5,500 National Guard soldiers began patrolling Los Angeles. County. It felt as if cries for liberation were met with military occupation.

Six months have passed since the world watched a white officer nonchalantly kill a Black man in broad daylight, seemingly unconcerned by the repercussions of his actions. I guess if you’ve been the subject of 18 prior complaints and still have your job, why would you be concerned about repercussions? The reality is not even the existence of video or witnesses is guaranteed to lead to a conviction. A lot of things have changed for the better over the past six months… but that dynamic isn’t one of them.

So forgive me if you were hoping for a feel-good column about the death of racism. I really set out to pen something more positive. It’s just I don’t have the luxury of thinking racism won’t someday kill me. That is just as true today as it was six months ago. A lot of things have changed. A lot has not.