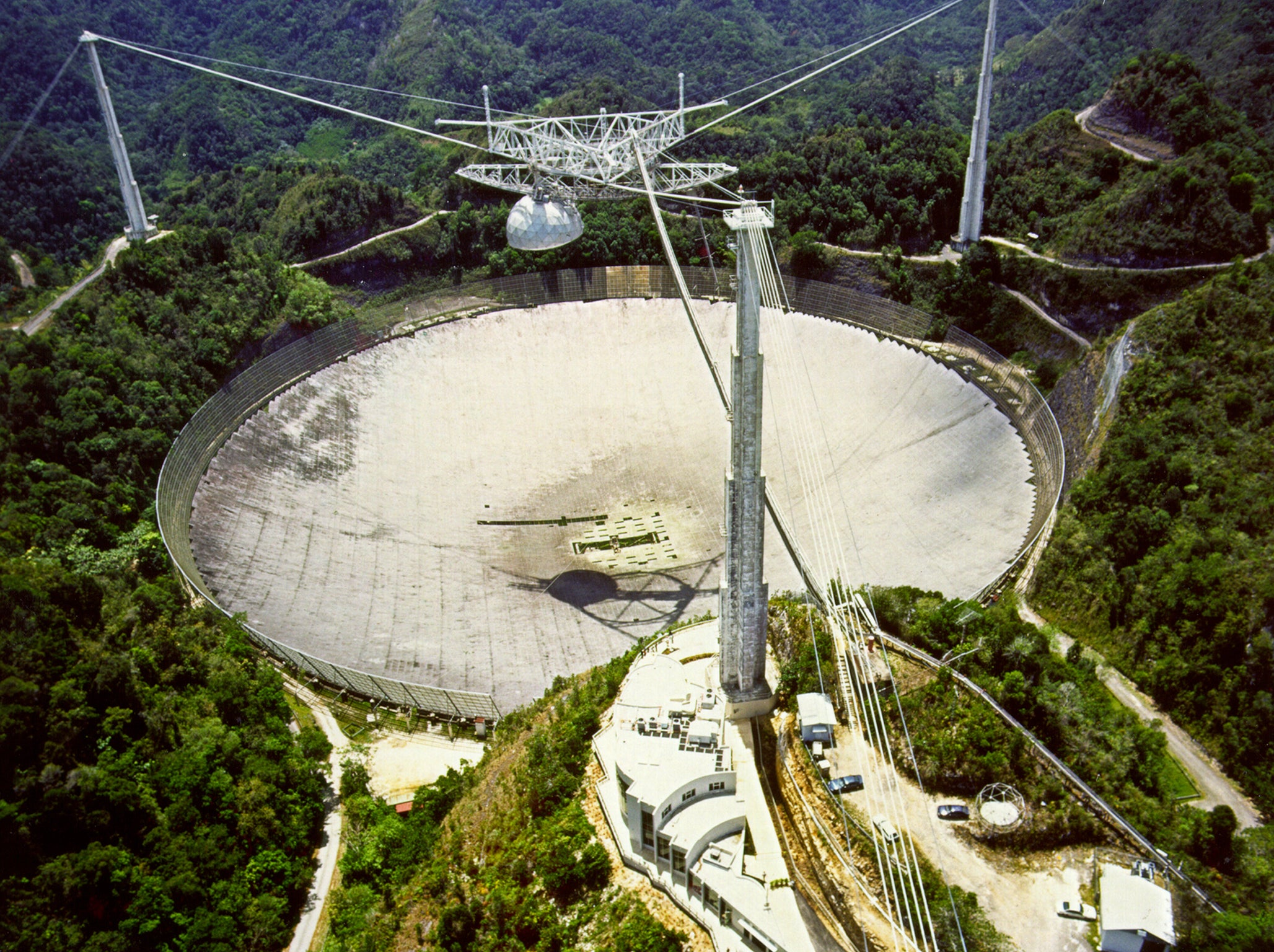 The Arecibo Observatory, a vast and famous telescope that has helped map the cosmos, will be demolished.

The observatory had sustained significant damage in recent months, after one and then another cable snapped and caused damage to the dish.

The telescope looked into deep space and picked up radio waves from elsewhere in the universe, in an attempt to better understand our place in the cosmos. But it is also famous for its place in popular culture, having appeared in films including Goldeneye.

Now the US National Science Foundation, which administers the Puerta Rican observatory, said that it had begun planning to demolish the facility because it was no longer safe.

The damage had left the telescope in danger of a “catastrophic failure”, the NSF said, since the remaining cables may no longer be able to hold the loads they need to.

Any attempts at repairs could put the workers undertaking them in “potentially life-threatening danger”, the NSF said. What’s more, there would be no guarantee they would even work.

“For nearly six decades, the Arecibo Observatory has served as a beacon for breakthrough science and what a partnership with a community can look like. While this is a profound change, we will be looking for ways to assist the scientific community and maintain that strong relationship with the people of Puerto Rico.”

Problems began at the observatory in August, when one of the support cables broke and damaged the dish of the telescope. Engineers have been working on the observatory since then, attempting to understand how it might be fixed in the face of the complex design and risk it could pose to anyone who worked on it.

Engineers were looking forward to taking delivery of new cables when another broke on 6 November. That second cable should have been able to take the weight that was put on it, engineers said, and the fact it broke led them to conclude that the remaining cables are probably weaker than thought as well.

“Leadership at Arecibo Observatory and UCF did a commendable job addressing this situation, acting quickly and pursuing every possible option to save this incredible instrument,” said Ralph Gaume, director of NSF’s Division of Astronomical Sciences.

“Until these assessments came in, our question was not if the observatory should be repaired but how. But in the end, a preponderance of data showed that we simply could not do this safely. And that is a line we cannot cross.”

The demolition will only focus on the telescope, and will keep those parts of the observatory that could be destroyed in the event of a catastrophic failure. Engineers will look to keep as much of the facility as possible, allowing it to be used for future research and education, the NSF said.