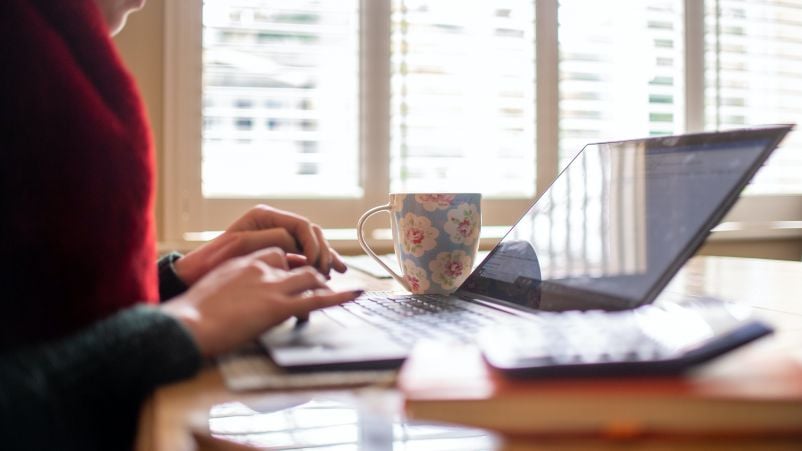 Working from home has given rise to pyjamas as work attire.

Women are more likely to work from home in their pyjamas according to a recent poll.

The questions posed by Pure Telecom also found 10 per cent of men said they usually do not bother with more than their underwear.

The move to remote working due to the Covid-19 pandemic and the move away from offices has been welcomed by many workers and the ability to wear whatever you want may be one of the reasons why.

More than half of women questioned said they do their day’s work in the pyjamas, amounting to 65 per cent, while 52 per cent of men said the same.

The survey of 1,000 workers also found that 40 per cent had an embarrassing work-related video call incident, 14 per cent of which said they forgot to change into something more appropriate before taking the call.

With winter well and truly upon us, only 6 per cent of men and 3 per cent of women said they wear only their underwear “all the time” while working from home.

Pure Telecom chief executive Paul Connell says the world of work has now evolved beyond the need for trousers.

“Women tend to be more fashionable in their pyjamas than the guys, so it’s not unpredictable that you would have more women doing it than men, but as long as they are at their work station first thing in the morning, who cares!”

The second gentleman of USA

The 260th Giving Tuesday of the year