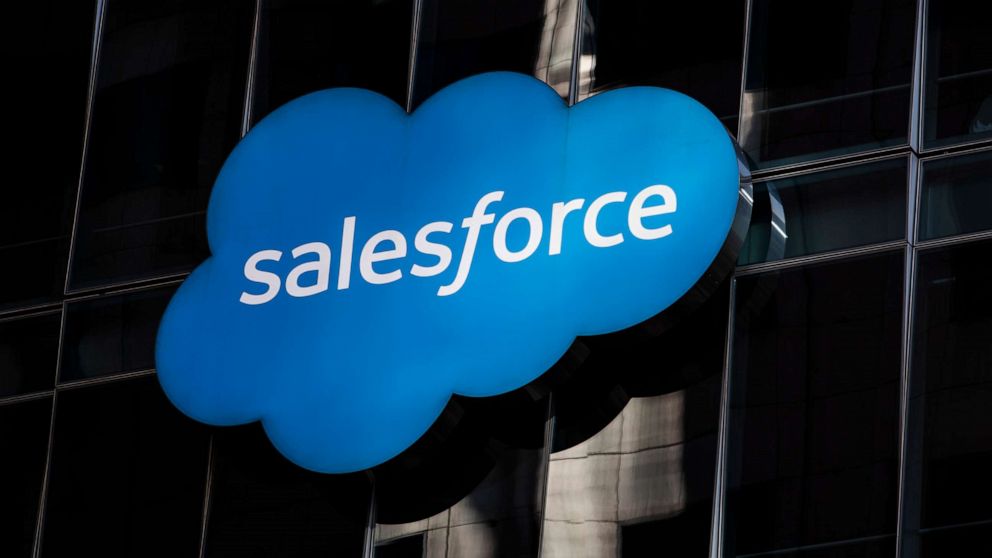 Salesforce announced the deal on Tuesday, saying that under the terms of the agreement, Slack shareholders will receive $26.79 in cash and 0.0776 shares of Salesforce common stock for each Slack share. The deal is subject to shareholder approval and expected to close in the second quarter of Salesforce’s fiscal year 2022.

Salesforce shares slipped Wednesday, falling 10% in early trading as Slack slipped by about 3%.

The move comes as the pandemic has accelerated demand for remote work and workplace management software, and signals that some believe that workforce shifts could become permanent.

Salesforce CEO Marc Benioff called it a “match made in heaven.”

“Together, Salesforce and Slack will shape the future of enterprise software and transform the way everyone works in the all-digital, work-from-anywhere world,” Benioff said in a statement.

Slack CEO Stewart Butterfield added that “the opportunity we see together is massive,” calling the deal “the most strategic combination in the history of software.”

“As software plays a more and more critical role in the performance of every organization, we share a vision of reduced complexity, increased power and flexibility, and ultimately a greater degree of alignment and organizational agility,” Butterfield said.

Saleforce said Slack will be “deeply integrated into every Salesforce Cloud” and become the new interface for Salesforce Customer 360. When combined, Salesforce and Slack will “create the most extensive open ecosystem of apps and workflows for business and empower millions of developers to build the next generation of apps, with clicks not code,” according to the companies.

Tech industry analysts speculate the deal is partly a way for Salesforce to compete with fellow cloud computing giant Microsoft, which owns its own suite of Teams workplace messaging software. Dan Ives, managing director of equity research at Wedbush Securities, said in a memo that keeping pace with Microsoft was the “core reason for this deal.”

Ives also noted that with more people working from home “messaging platforms such as Zoom, Slack, and Teams have revolutionized the way that enterprises view collaboration software going forward.”

Even after a vaccine is readily available and employees begin returning to the office in 2021, Ives noted, this type of software will only become “further embedded in enterprise initiatives.”